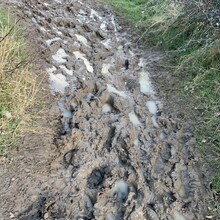 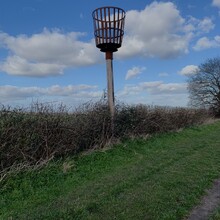 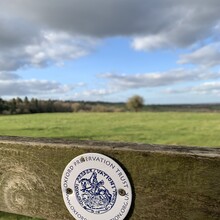 Start/Finish in Berkley road so there is easy and free parking! Route completed in a clockwise direction. I've previously recced the route but in an anticlockwise direction. I completed the run in non GTX trail shoes and wore a running vest with soft flasks of water. I chose to do the route this time around clockwise so that the muddiest part at the bottom of the old golf course (now owned by OPT) was right at the end. It was a wise choice - my shoes and socks got wrecked! Although most trail parts of the route were also muddy too like the decent into north Hinksey so progress was slow there to keep upright! Some parts of the route were affected by storm debris but only small branches and twigs which could be stepped over. Mostly away from busy roads and traffic but there are a few road crossings where you have to wait to cross although this is minimal.

This will be a great route in the summer when the ground is hard and potentially road shoes could be worn as a lot of the paths are hard trails/pavement.