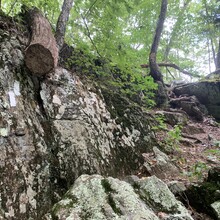 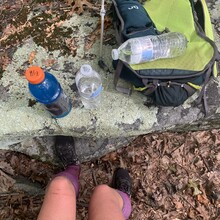 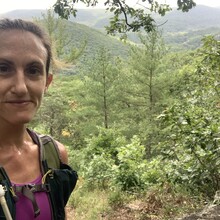 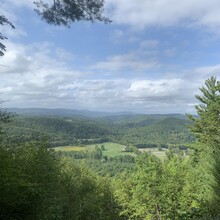 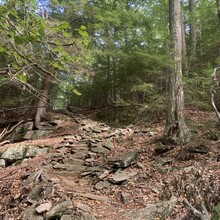 After completing the Mohawk Trail, I went 20 feet north on the Appalachian Trail to where I had stashed my second water drop early in the morning. I sat down for the only time in the nearly 9 hours I spent on the trails, put the water bottles in my pack, and began walking slowly. I basically gave myself an hour to enjoy the fact that I accomplished my first goal - the Mohawk Trail FKT - and not think much about the loop. I walked, but not in a big hurry. Texted some. Ate a bunch. I started trying to pick up the pace after an hour without much success... but the last half of the AT had a lot more descent and it was a relief to find that I was finally able to get in some miles under 20mins. Yay! I read Debbie's write-up of this loop, and I know she didn't go at it all out. I have a lot of respect for her and suspect she'll be able to get this back from me soon! She is the ultra trail queen!