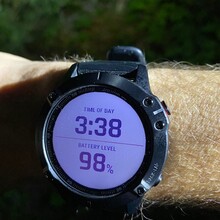 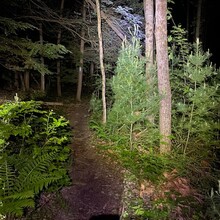 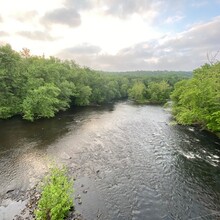 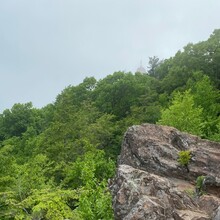 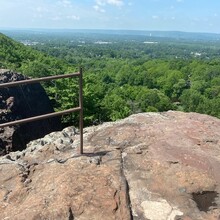 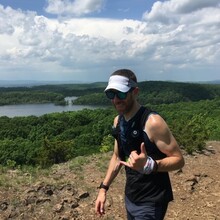 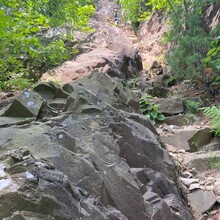 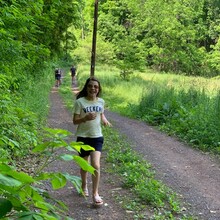 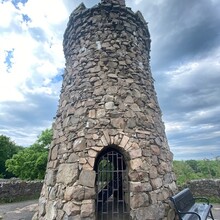 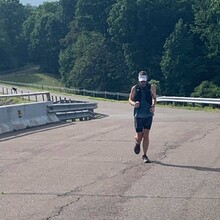 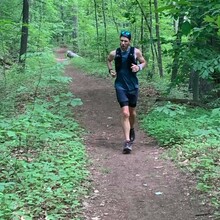 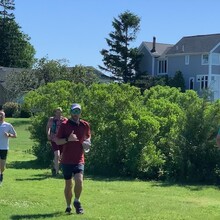 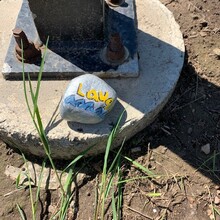 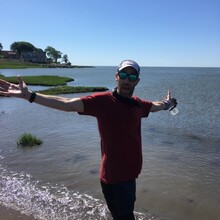 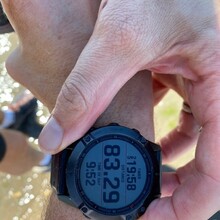 On June 6th 2020 at 3:38AM I set out south on the New England Trail with the intent of reaching the Long Island Sound. The weather at the start was very warm and humid for this time of year. This is New England and that is just the nature of running around here. I started my journey from Rising Corner following the blue blazes south. Many of these trails I had traversed prior to this and therefore I was familiar with much of the 112 miles. The CT traverse, of the New England trail, travels along rocky and rooted terrain that keeps the traveler focused and engaged on his footing most of the time. I covered much of the early miles comfortably and was feeling great. The trail rolls along the Metacomet ridge line and has nice western views at several overlooks along the way however, the views that morning were obscured by the heavy, humid air. I dropped down to Reservoir 6 from the Heublein Tower and enjoyed the smooth fire road trail that skirts the water.

Across RT 44 I met my crew for the first time. I put my watch on the charger in the car and for some reason it stopped and saved my activity instead of continuing to run. After charging I restarted my watch and continued on. The next section of trail winds over Avon Mountain and through the remainder of the MDC reservoirs. After you exit the reservoir area you cross through and navigate between trail that is just off the road and the road in a very suburban environment. I met my crew again before crossing RT 4. The heat and humidity at this point were becoming oppressive. The following section of trail cuts behind another suburban area and winds through some Farmington Land Trust land leading to Will Warren’s Den, across the way on RT 6. Climbing up off of RT 6, you eventually top out at Rattlesnake Mountain that then provides a steep and gnarly descent to cross some power lines to a climb back up to Pinnacle Ridge. The trail, after meandering some nice ridge running, descends sharply and bottoms out on RT 372 where my crew was waiting. I was really overheating and took a few moments to cool off and get myself put back together before heading out on the next leg.

The next stretch of the Metacomet Trail covers about a mile or so on road, passing under Interstate 84, before the trail returns to the woods and zig zags across the pipeline trail as it climbs. You are rewarded with a nice overlook of Crescent Lake before dropping again down to the road and crossing by Roger’s Orchard. At this point in the day, the heat and humidity were taking their toll. All climbs felt like slogs and even very runnable sections felt labored. After crossing the western side Shuttle Meadow Reservoir I began to climb again, heading toward a ridge line that peaks out atop Ragged Mountain. It’s a simply beautiful trail that is a pleasure to run most of the time. June 6th was not that day. Eventually I was left at the bottom of a solid rock wall towering over head, a steep craggy ascent to the ridge line. From here, the trail runs down and around and again back up to the peak of Ragged Mountain. Continuous ups and downs eventually lead to a craggy slot like descent, requiring multiple points of contact to navigate, before dumping me out on a runnable trail to the road. I met my crew and picked up a new runner to run with me for the next several miles. The following sections of trail were fairly uneventful, still hazy, hot, and humid with the threat of a thunderstorm looming. A thunderstorm that was much needed but never came. After a bit of road running I headed up towards Castle Craig, the highest point on the run. It was a fairly slow ascent up the West Peak before a dramatic drop off and some large slab rock navigation bottoming out on a cross trail only to abruptly turn uphill towards the East Peak and the Castle. I ascended and took the time to enjoy the view from the Castle before heading down towards the dam at Merimere Reservoir. Crossing past the dam I was confronted with a climb up a short mountain on some loose traprock. Eventually the trail ended up in the very over grown Blue Hills Conservation Area. Some miles of road were intermixed with the trail before completing the Metacomet Trail at the end of Orchard Rd and the Berlin Turnpike. I met my crew in the plaza of Turnpike Liquors, a popular spot for those on their blue blaze journey.

Once again regrouping myself I pushed off towards the first climb on the Mattabesett Trail, Lamentation Mountain. The trail being as dry as it was the climb up and over Lamentation was very pleasant. The sun had finally started to recede and the air was cooling. I met the crew again a few miles later for a quick water check and headed up and over Chuancey. The climb up was great. I was feeling strong again and could move more freely. The views from up above were spectacular, even as the dark came down around me. Headlamp on, I started the journey down towards the Interstate 91 crossing. I ascended Mt Higby in the dark; quite possibly one of my lowest points on this journey. I spent most of this section toeing softball sized jagged rocks never feeling confident in my footing. The headlamp light had sucked the depth out of my 3-D world and I stumble shuffled along. Coming off of Higby, towards New Guida’s, I met my crew again. I grabbed a fresh headlamp and some food before heading up and over Powder Ridge.

The trail over Powder Ridge would be better but certainly not easy. I did my best to climb aggressively and descend confidently over the undulating terrain and along the cliff line overlooks. Much of this section of trail switches between clean, runnable jeep trail and New England smooth single track. Crossing over the train tracks signaled the end of this section, I had made it to Reed Gap. From here until the finish I would run sections of trail I had never been on. I was told by my pacer for this section that the trail was beautiful and though called Trimountain it didn’t feel like three distinct ascents and descents. The crew and I made a last minute change to break up this section and have them meet me halfway through. My thought was this was going to happen after Trimountain and before the last real climb of the journey up Totoket Mountain. However, it came after the first two of the “trimountains” and when I popped out on RT 17 and did not see the Bluff Trailhead parking area, I was terrified I had gone awry somewhere. My pacer for this section had fallen quite a bit behind me and I was running up and down the street trying to reason where I was and whether I was off course. I didn’t have my phone with the course mapping and all my watch map would show was blue blazes ahead and around the corner. Eventually my pacer caught back up with me and we discussed where we were and where I thought we were. It all came to light, as soon as I realized that last descent was off of the last of the final peak of Trimountain. Having run up and down RT17 and Stage Coach Rd a couple times in my confusion I was now confident in the direction I was headed. This section of trail was a confusing and poorly marked area that meandered through the woods on mostly jeep/atv trail before hitting the bluff that runs above a large pond below. The trail again meanders off and eventually leads to the Bluff Trailhead and my crew.

Crossing RT 77 my biggest concern was to make sure I didn’t continue to follow the Mattabesett as it turned north and instead would pick up the Menunkatuck Trail that would lead us to the shore. The Menunkatuck section of trail isn’t difficult and is quite pretty however, it seemed to be the most difficult for me mentally and physically. During a 3 mile stretch I became very depleted on calories and was forced to a slow walk for quite some time until I met my crew again and refueled. The trail once again becomes more suburban, winding through neighborhood areas and a beautiful River Preserve eventually leading you onto a 3 or 4 mile road section that would take me over the train track and to the shore. The morning road was very warm and sunny filled with shore goers and town’s people out for their walks. After a quick off road section of the trail that runs behind the Henry Whitfield Museum, I returned to the road and entered the Guilford train station. Up and over the tracks, the blazes led me to a field off of Seaside Ave. I skirted the outside finally coming to a boardwalk that made its way to the shore, and the end. I finished the CT traverse of the New England Trail at 9:52 on June 7th, 2020. The trail took me 30:14 to complete. I was supported well along the way by great local runners and my wife. I was sincerely grateful to have them along to share this adventure with me.