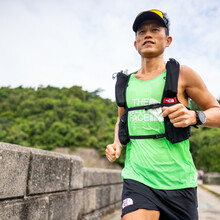 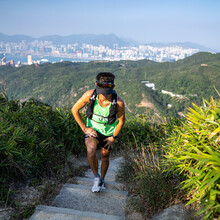 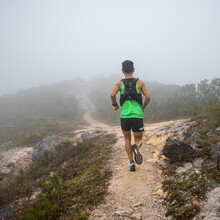 On October 31st 2020, Stone Tsang of The North Face Adventure Team, attempted a FKT (fastest known time) on Hong Kong’s iconic 78km Wilson Trail. It is the only trail that traverses the entire length of Hong Kong and takes in the New Territories, Kowloon, and Hong Kong Island.  The trail has 4,150 meters (13,600 ft.) of elevation gain and a route full of all varieties of running surfaces, as well as, a subway train ride under the ocean linking the trail together.

Stone would attempt to run the Wilson Trail in under 10 hours, an ambitious target is given he would be entirely self-supported and stopping to find food and water along the way.

He never could have imagined how this day would end...running out of food and water the last hour Stone dug so deep, running on pure willpower to break 10 hours by just 44 seconds. 9hr 59min 16 seconds is now the new self-supported FKT for Wilson Trail.