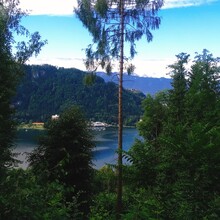 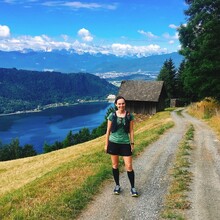 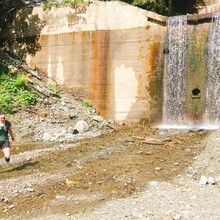 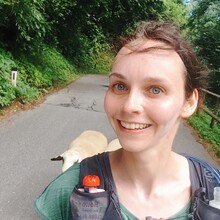 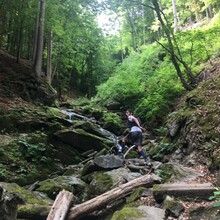 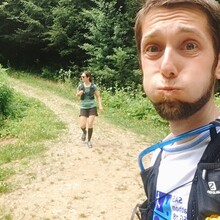 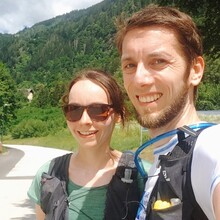 We were on holiday in the area, and therefore wanted to try doing the Ossiacher See Trail. The beginning was quite tough, and took us a lot longer than expected - the trails were very gnarly and grown over, and the first 5 k wasn't very runnable for us at all. It then got a lot easier though, and we really enjoyed the rest of the first half. Sheep followed us down a street, which was quite fun (see photo). The Schluchtenweg in the second half definitely was a highlight, even though it was quite slow going. We then had some navigation cock-ups during the second half, where the trail was not well signposted at all in some areas. We made it with a couple of extra kilometres in the end though. We hadn't really packed enough food, as we had thought that we would finish the trail way faster, but we still made it through in the end with the honey waffles and fruit pouches we had, and enjoyed some fries after we finished in Annenheim. It was a really fun run with very nice views of the lake (especially in the first half).