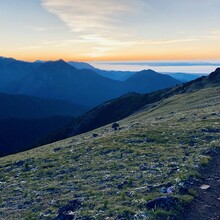 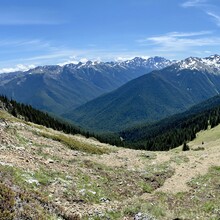 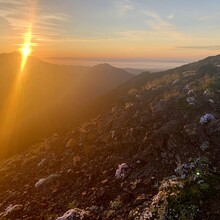 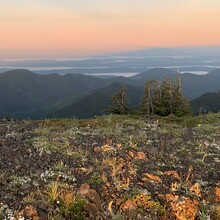 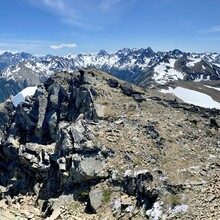 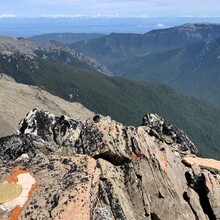 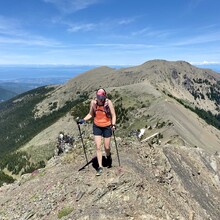 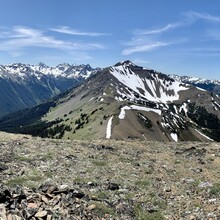 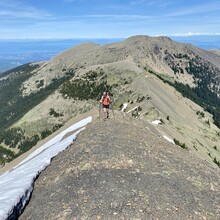 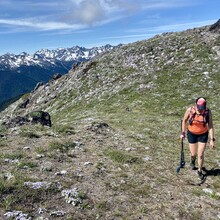 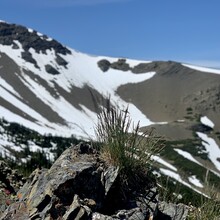 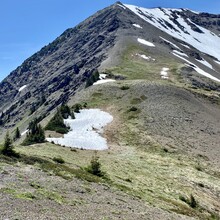 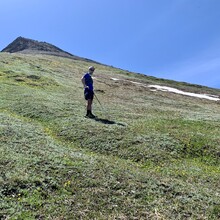 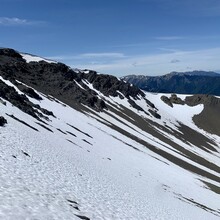 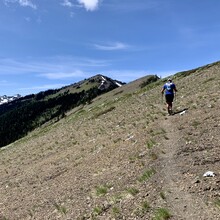 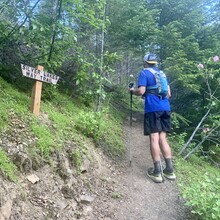 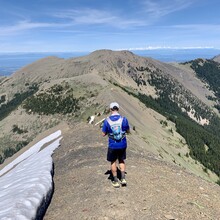 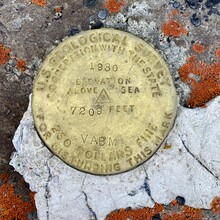 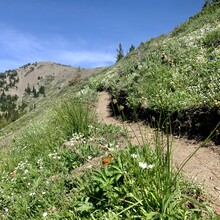 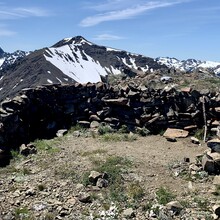 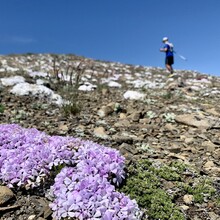 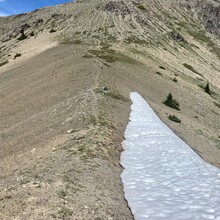 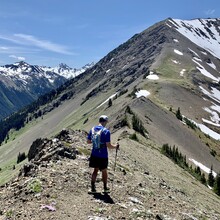 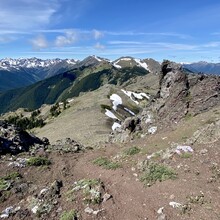 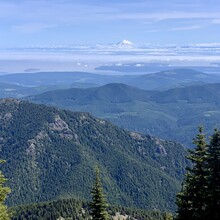 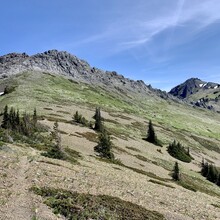 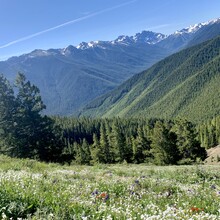 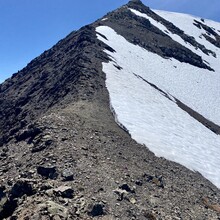 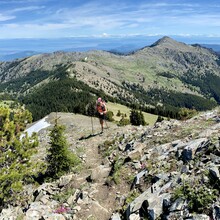 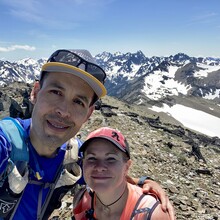 We parked in the Upper Dungeness Trail parking lot. We began just before 8 am on June 25, 2020.  From the parking lot, we ran to the Upper Dungeness Trailhead, took a right onto Royal Basin Trail and then  Maynard Burn Trail 816 (Lower Maynard Burn) climbing through the forest. This trail was a bit overgrown. From there, we crossed Mueller Creek then eventually hit Tyler Peak Way Trail which we followed up to the clearing and then summited Tyler Peak. From there, we followed ridgeline to the right to hit Peak B and from Peak B, we continued along ridge line and followed trail up to Mount Baldy. After summiting Mount Baldy, there was quite a bit of scrambling to get to Gray Wolf Peak and back to Baldy. There was some snow but not too bad. We descended Mt. Baldy the second time and took first right to Upper Maynard Burn Trail and back the way we came to the parking lot. We took a few minutes to re-supply at our vehicle and use the rest room before heading out for the second half.

We head up Forest Road 2870, about 5 miles to the Silver Lakes Trail Head on the left hand side of the road followed Silver Lakes Trail #842 to Mount Townsend Trail #839. We took a left at first junction the next junction, we turned right to reach the summit of Mt. Townsend. We followed along the summit and ran over the summit along the ridge until trail veered to the left. We had gotten to the summit almost exactly at sunrise. We continued on Mount Townsend Trail until it eventually turned into Quilcene Trail #835. We descended down until we were back on the Forest Road 2870. We followed this road back to the parking lot where we had begun.