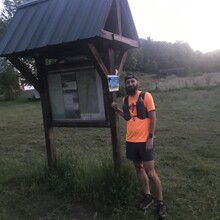 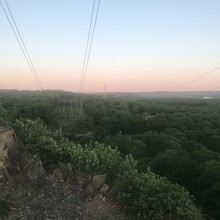 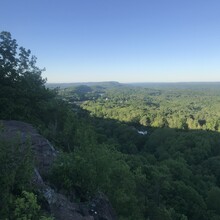 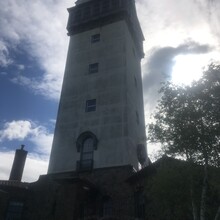 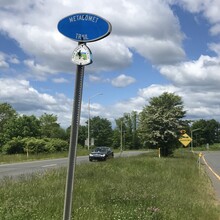 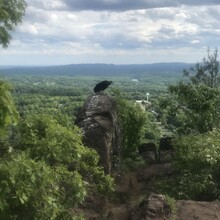 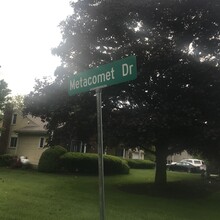 Started at 5AM at the northern junction of the trail. Carried a ton of GU's, 2 jam sandwiches, some maple syrup waffles, chips and M&M's. Used a Salomon flask with a built in filter and another normal flask as a reserve. It was a perfect chilly morning start with temps in the low 40s. The first 7-8 miles were smooth. The plan was to run at a relaxed pace, starting around 12min/mile and then gradually slowing down to around 15's. I came up on a mama bear and her cub around mile 8 and had to wait a few minutes for them to clear the trail, then soon after got turned around at a tricky spot where the trail does a 180 and drops you down into Tariffville past the Farmington River. This was my first water spot, and i chugged what i had in my flask, chugged some more, filled it back up and made my way up to Penwood. I made solid time through there and then started the climb up to Hueblin Tower and then descended down to the West Hartford Reservoir 6 area. This was my second water stop. I made sure to take a ton of water in here as i figured i wouldnt have any water spots for the next 18 miles or so. After crossing over RT44, i continued on through the reservoir trails and then made my way through the neighborhoods of West Hartford, across RT4 and to RT6. Here i encountered my first real test of the day, going through the Rattlesnake and Pinnacle area, which is one of the toughest sections of the trail. I slowed down here and took it pretty easy. After the mile long road section next up was Crescent Lake. I was hoping the streams leading up to the lake were running, but they were super dry. I was low on water at this point, but knew i would be able to fill up at the New Britain Reservoir in a few miles. I filled up there and accidently stumbled into the water, submerging my right foot in the process. The ragged mountain area was next and i struggled to make it through there. I took my first two rest breaks within minutes of each other, as i was starting to feel pretty weak and somewhat out of it. After leaving ragged, i hit a pretty well flowing stream before Short MT, and took a lot of water in there. After the road miles on Edgewood, i knew i had the last real tough miles in front of me- West Peak and Castle Craig. My time really suffered here, as my legs wanted nothing to do with running through any of the technical sections at the Castle. After dropping down, i had my last water stop at the reservoir at the bottom, and took in a good amount of food to fuel for the last stretch. I crossed Chamberlain Highway and made my way through the jungle that leads up to Orchard RD. This part of the trail gets little love, as it is littered with downed trees and tricky to follow in a few spots. My pace picked up a bit here, as i knew i was close to the end. I hit Orchard Rd and at the same time it started to rain slightly, which was very refreshing. I was able to run the last 2ish miles of road the Turnpike, crossed over and stopped my watch as i hit the sign signaling the end of the Metacomet and start of the Mattabesset. Overall, it was a great day. I received plenty of encouragement throughout the day from my friends, which provided help to keep me moving. This run had been on my bucket list for a while and im super pumped about how it went!