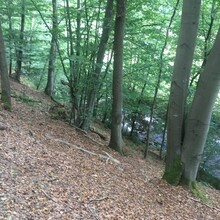 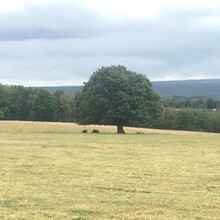 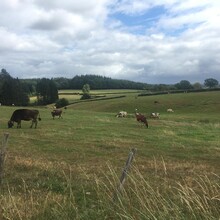 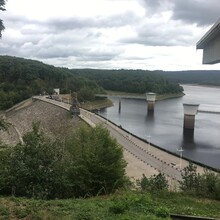 This was my second FKT attempt on this route and this time starting and ending in the village of Sart instead of the parking at Lac de la Gileppe. First attempt was in the winter and it got pitch black in the end after some detours and a slow pace due to muddy and slippery conditions. This route is very scenic and changes a lot from deep forests with single tracks to villages and along the lake mentioned. It is probably also the ExtraTrail route with the most paved paths but they are a nice distraction. I set out with 0.8 L of water, a bottle of green tea with honey and 3 chocolate bars, which was sufficient (given the high humidity a little more water would have been good). There are several place where it is possible to get more water and purchase extra energy if needed. Best parts were along the river La Hoëgne and up to Surister, then down from Foyr to the Hotel de Lion partly along a stream, then the part following the lake (Gileppe) and some technical parts and fine views after Jalhay.