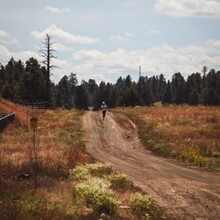 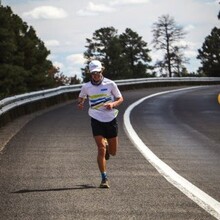 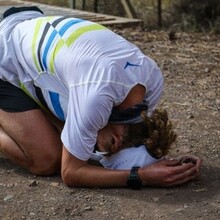 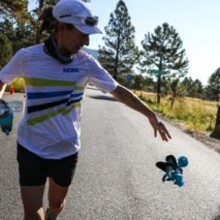 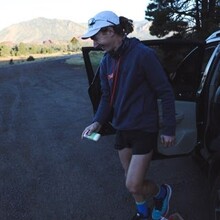 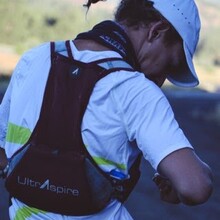 I attempted to run this route 3 times last year (2020) and only made it through the entire loop on the final try, nicking the FKT by a handful of seconds. It was supposed to be a fun way to relieve some stress at a pretty rough time but, afterwards and during, I still felt pretty miserable.

I went into this second (or 4th, depending on how you’re counting) attempt a bit fitter, a good bit more experienced with longer trail runs, and miles ahead in terms of headspace.

I was also super lucky to have my great friend and fellow Chaski crew-extraordinaire, John Baston, on the scene for support and documentation. Overall, the setup was an awful lot better.

How’d the run itself go?

Well, we again started just north of the Route 66 crossing and ran counter clockwise. I like this start and direction as you hit the most uphill and most technical stretch in the first two hours, as the trail hugs the south side of Elden. I followed my exact track from last time which mostly follows Forces of Nature until it hits Pipeline and Elden Lookout Road (NB, as of Oct, 2021, this final piece of trail right before EL road is super washed out).

From there, it was super familiar running along Rocky Road down to Schultz where I met John right around the 2 hour mark. I was feeling great and had no issues at this point and knew I’d make up a ton of time on this middle stretch from Schultz to the airport.

I did just that and felt excellent up and over Observatory Mesa and then on the (still) inexplicable road stretch up 66, by the Coke factory (where I saw John again for a bottle swap), and then back to Woody Mtn Road.

I remember feeling super miserable at this point in 2020, so it was doubly positive to still be feeling really strong this time around. I cruised down Woody and through the Ft Tuthill single track.

Another note - the underpass to cut over from Ft Tut to the airport has been changed and the trail I took is clearly no longer the right way, as it involved crawling under a fence. I’m not sure the right way, but heads up.

I still felt strong heading across the airport and met John one more time at Lake Mary road around the 4 hour mark, ready to enter the last long stretch. This piece was more challenging than I remember, especially the first few miles which are fairly rocky and undulating. I was also starting to get a bit tired.

But, I knew we were making good time and I did a good job of staying positive as things began to get tougher. Finally hit the long dirt road stretch where I passed John one more time with about 4 miles to go. Up and over the final climb and then a net downhill (but still gently rolling) single-track section.

I knew I’d be very close to 6h00 and just didn’t quite have enough in those last few miles to squeeze under. I saw the time click by as I was still about 400m from the car. Oh well - next time?

That’s really all. It was a great, joyful day. Probably what I was looking for in 2020, but just came a year late. Onto the next one.