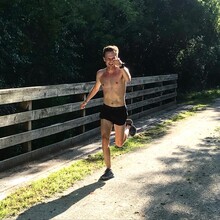 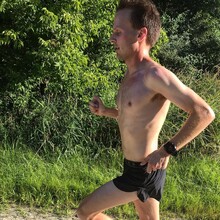 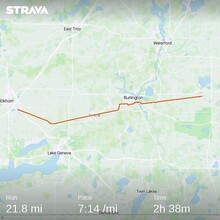 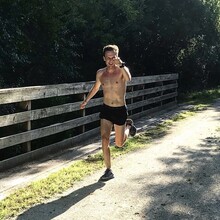 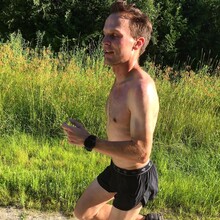 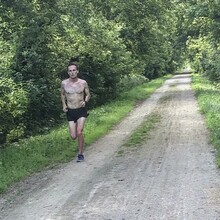 On 7/11/2020, starting just before 6 AM, I attempted to break the White River State Trail Fastest Known Time. My good friend, Kevin Boyle, biked alongside me and carried some gels and water bottles in a backpack. Essentially, going East to West, the trail starts in Kansasville, Wisconsin and finishes in Elkhorn. It's a straight trail with some minor elevation gain towards the end, as you approach Elkhorn. The only complication with this route is the fact that the trail does not go through Burlington, Wisconsin. Luckily, I was able to follow the proposed connecting route created by Frank Valy, who completed the trail in 3 hrs 14 min on 5/9/2020. There was one minor hiccup with finding the route in Burlington, but we were quickly able to get back on course. Other than that, the attempt went smoothly. It should also be noted that I wanted to go East to West in order to avoid having the sun in my face all morning, but this direction does have roughly 150 extra feet of elevation gain, which is predominantly in the last few miles. I ended up completing the trail, East to West, in 2 hrs 38 min. I highly recommend this route through beautiful Southern Wisconsin.