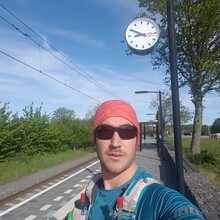 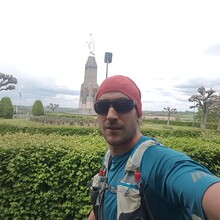 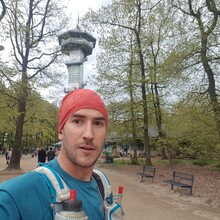 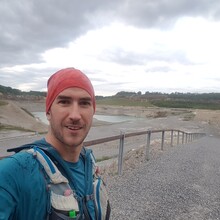 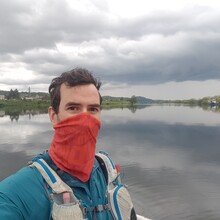 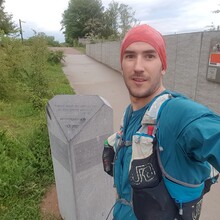 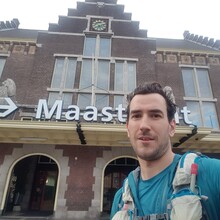 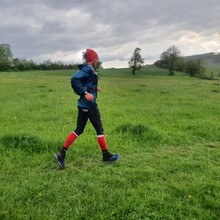 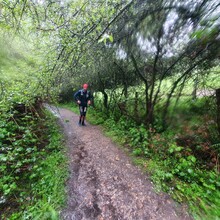 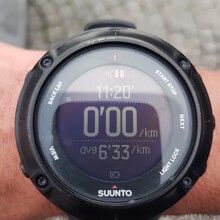 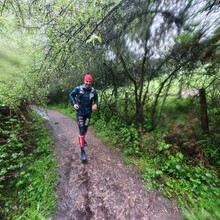 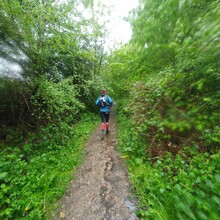 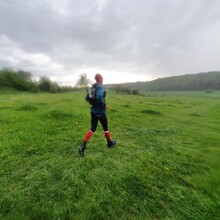 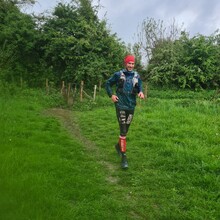 Unsupported FKT (Fastest Known Time) at the Dutch Mountain Trail. I only used public waterpoints. The waterpoints where at Vaals, Gulpen and Eijsden. Both the waterpoints at Vaals and Gulpen where of track, so I needed some km to reach these. I could have used cafe's or bars on the track, but I prefered it this way to make it as minimalistic as possible. Carrying al I need from start to finish except for water. The way I would try to treat a FKT in the UK, however the water from our streams isn't drinkable, so I used know public waterpoints. Between km 60 and 85 it was raining heavy, as a result I was completely soaked and the trails turned into mudstreams. Which slowed down my progress and got me a bit woried about hypothermia. Luckily I was able to keep on going and later on I got some sunshine and I was able to dry up. At Eijsden I took the ferry, however the ferryman kept me waiting for 10 minutes while he was finishing watching his sitcom (I could see him watch it). The mud on L'Observant was very slippery, which made going up the steep sides difficult. I needed trees and branches to hold on to. From there it was a short run to the finish.