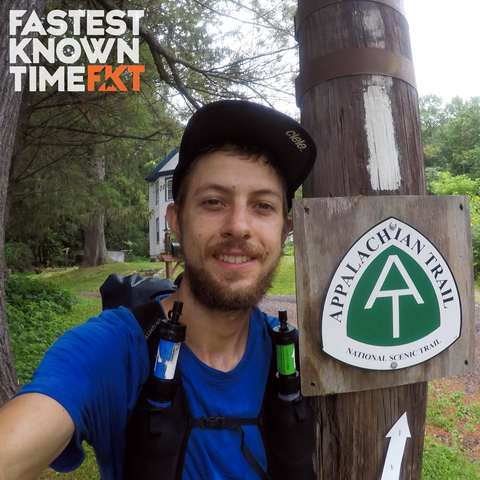 A resident of Boston, MA, Joe McConaughy set the Supported FKT for the 2,655 mile Pacific Crest Trail in 2014, and on the 26-peak Wicklow Round in Ireland last May. He is best known however, for his amazing Self-Supported FKT on the iconic, 2,189 mile Appalachian Trail, which not only bettered the Self-Supported record by 8½ days, but also the overall Supported record of Karl Meltzer by 10 hours, and won him the male FKT of the Year Award for 2017.

"Not having a support crew really does take it down a notch from what you’re able to provide … you spend two hours in town, and leave carrying 25 pounds of food and supplies on your back.”

Listen to Joe very thoughtfully weigh the pros and cons of Supported vs Self-Supported:

"I love going Self-Supported. At the same time, it’s incredibly hard to be self-supported for a long trail like that. It’s forced isolation from other people."

"Stringbean" has a new website, and definitely check out his new video.