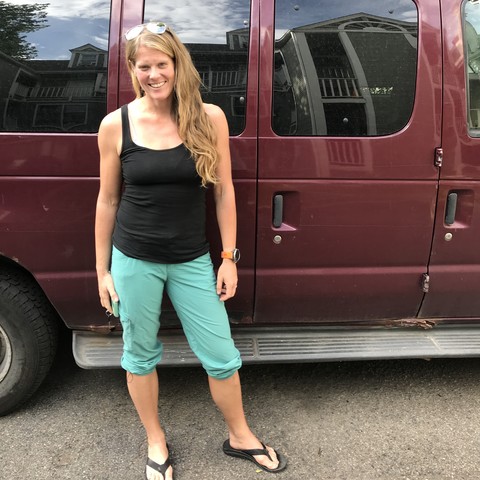 This is Sunny Stroeer's second appearance on the Fastest Known Podcast. As a person who not only attempts but thrives on self-supported, big mountain FKTs, Sunny offers honest perspective on what motivates women to try fastest known times. Whether it's the "confidence gap" or "low hanging fruit" FKTs, Sunny talks about what's changed in the landscape of women's FKTs since we spoke to her almost one year ago. It turns out a lot has changed. Since then, women have attempted to break her FKTs on the Aconcagua-360 route and the Pfiffner Traverse and not succeeded and yet, just two weeks ago, a two-woman team broke the record on the Wind River High Route, a super rugged and wild traverse.

Sunny just returned to the U.S. from China where she set an FKT on the TransQilian route, an environment she describes as a mix between the Swiss Alps and the Colorado Rockies. What's next for Sunny? An attempt at Colorado's Nolan's 14 in September.

Learn about TransQuilian in China