Podcast: Episode 97: Damian Hall - The UK scene is hot, with ANOTHER FKT on the Pennine Way 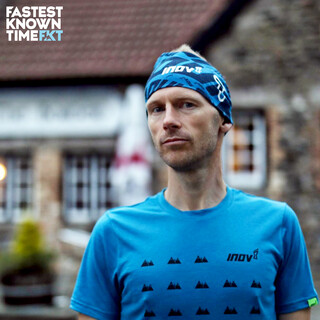 Damian is highly respected in the UK, and it's easy to see why: besides a 5th place at UTMB and numerous big FKTs, his team collected trash all along the Pennine Way while setting a new FKT.

"I've been thinking about this Pennine Way for 4 years, but at 268 miles I was intimidated by it.  And I could always say, 'Well, I have a race to prepare for, I can't fit it in.'  But this year of course, all the races have vanished, so no excuse."

The Pennine Way is the first "National Trail" in England, with a remarkable history.  Inspired by the Appalachian Trail, the UK had too much private property for any long trails.  So in 1932, the "Mass Trespass" took place in the Peak District, which forever changed "rambling" in the UK and made possible all the terrific big routes in the UK.

"It used to be the rich elite owned most all the land, and the common folk couldn't go hiking in the hills because that land was private.  So a bunch people got together, in what is not called the Mass Trespass, and that led to a change in the laws.  So hikers could go hiking in a lot more places.  From those protests, Pennine Way was born."

Damian and John Kelly (previous podcast and Pennine Way FKT holder for only 8 days) are friends, have paced each other, and even considered going for the Pennine Way FKT at the same time, by going in opposite directions (would have been a first - I hope someone tries this!)  Insider information revealed only on this podcast!

"I hope he doesn't mind me saying this - he does have a spreadsheet comparing the different chocolate bars - he takes his snack seriously.  Maybe you need to get him back on for the "Sugary snack special".

The UK has both history and a wonderful community - get a feel for it listening to Damian:

"Mike Hartley came out for both our attempts, and John came out to greet me as well.  It was like the previous person was there to have over the baton as it were - it's really nice."

"I timed my attempt so the finish would be just in time for the pubs - so I'd have time for a pint if I just scraped in - it was very motivating."

(A new major video on the Pennine Way is coming later - when released, the URL for it will be posted on the Route page and here).