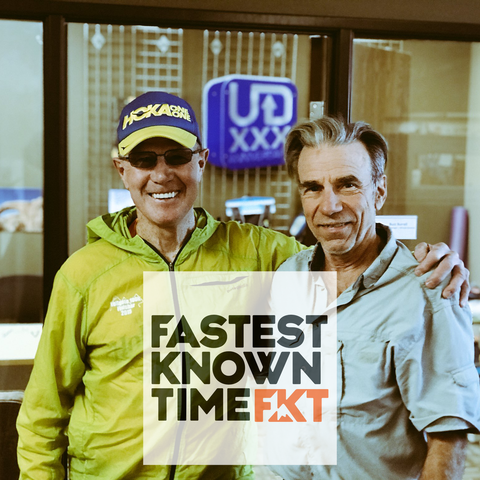 David Horton won the first two editions of the Hardrock 100, finished the Barkley Marathons, has both run and biked across the country, and was the only person to hold the overall FKT on both the Appalachian Trail and the Pacific Crest Trail. He knows a thing or two, including thoughts about the recent FKT action on the fabled AT.

“Scott Jurek was phenomenal - he dug deep deep deep into the pain cave. What Jurek did was above and beyond what I’ve ever seen, anywhere. But does he have it deep down for another one? I’m not sure.”

David's FKT on the PCT is documented in the 77 minute video, “The Runner”, and last years, “Extraordinary” is an 88 minute fictionalized account of David and his wife.

David has run 113,000 miles. Listen to one of the most venerable FKT and ultrarunners ever, as he describes his newfound sport of cycling, and how it was the pavement, not the trails, that wore his knees out.

“I’m still an athlete, I still compete. And I can’t ever imagine not being an athlete … can you?”