La Gomera is the Canaries little secret, unlike anything you're likely to have seen before. The route gives an excellent introduction to the island, taking you from the bustling sea port town of San Sebastian, to the highest point of the 2nd smallest of the Canary Islands group at 1487 metres. From here you descend through villages, back down towards the busy town of Vallehermoso where you continue on to the official end of the route 3km further down at Playa de Vallehermoso.

Both the climb and descents can be challenging due to the volcanic origin of the island make them typically 'Canary' steep and technical. But it'll be worth it, as at various points on your way up you'll be rewarded with spectacular views over the East and South of the Island. Mt Teide (Tenerife) is visible at various stages of the route. As you descend you'll see the North West and North of the Island, and down into the National Park on your right. The park was awarded UNESCO World Heritage status due to the variety of jungle forest brought about by the moisture captured from the trade winds. The upper reaches of the island is usually shrouded in cloud which makes for excellent running conditions in contrast to the sun baked coast you'll find yourself at the beginning and end of the route.

Highlights include the volcanic rock formations visit over the tops and the many 'Mirador' (lookout) viewpoints dotted throughout. There is also a castle to the left of the beach which you can visit if there's anything left in your legs.

Amenities are non-existent for the first 25km or so, it's only on your descent that you reach the village of Pavon where there is a bar (with outdoor vending machine). Not much further along after a short street climb you will come across another cafe. This is it until you reach Vallehermoso where there is a Spar and numerous bars/restuarants/banks ect. So pack as usual for a long(ish) day. The last bus of the day departs here for San Sebastian at 18:00. Enjoy!

Official Start: Outside the Government Building there are two info boxes/panels. This is where the first route sign appears and highlighted as the start on numerous GPX files.

End: On the beach at Playa de Vallehermoso. You can get into the water if you like! 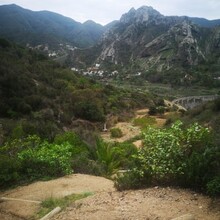 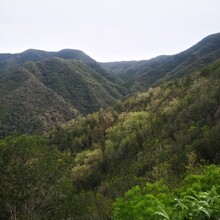 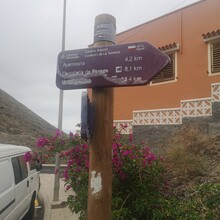 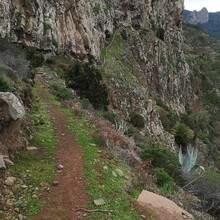 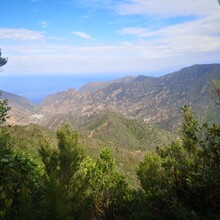 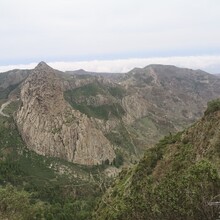 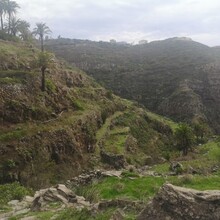 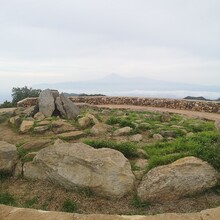 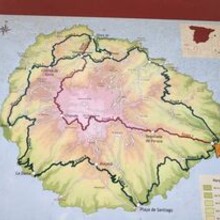