The D&H Rail-Trail runs from the Simpson Viaduct at Route 171, off of Morse Ave., north through Lanesboro to the New York State border, generally following the eastern border of Susquehanna County. Towns include Simpson, Vandling, Forest City, Union Dale, Herrick Center, Burnwood, Ararat, Thompson, Starrucca, Stevens Point, and Lanesboro. Surface is crushed stone almost exclusively, with some areas of the northern end of the trail a bit overgrown with grass and weeds, turning the trail into double track and grassy areas.

The History of the D&H Rail-Trail

In 1830, the Delaware and Hudson’s 16 mile gravity railroad constituted most of the railroad mileage in the US–a meager total of 23 miles. This small but extremely important line allowed coal and lumber to be shipped out of Carbondale into Honesdale. Here it was loaded onto the canal boars of the D&H Canal Co. and towed to Lackawaxen, through Port Jervis and on to Rondout, NY (Kingston) on the Hudson River. It was on this line, on August 8, 1829 that the first steam locomotive – Stourbridge Lion – to turn a wheel on an American railroad made its first, and only run. (The engine was too heavy for the track.)

The managers of the D&H Co. were well aware of the advantages additional rail could offer the company. It would permit year-round movement of coal, plentiful in the Lackawanna Valley. The canals typically shut down (froze) shipping operations through the winter months. The company, led by a far-sighted President, George Talbot Olyphant, increased the acquisition of coal-bearing lands.

The Civil War greatly increased the demand for coal, way beyond the production or transportation levels available. The price was forced up (1862-63) giving the D&H double the earnings of previous years. This provided the impetus to seek a new route for shipping coal. Late in 1863, D&H managers decided to investigate the possibility of shipping coal over the Erie RR from a point near Susquehanna, PA, actually Lanesboro, to the Buffalo and Great Lakes area.

A 37-mile link between Carbondale and Lanesboro that would replace a round-about trip of about 120 miles involving two costly re-loadings.

Delaware & Hudson managers held conferences with the Jefferson Railroad, to consider building the line from Carbondale to Lanesboro. The Civil War was still in progress and several years went by before any decisions were made. However, the D&H continued to increase its coal holdings in the Lackawanna and Wyoming Valleys. Vice President Thomas Dickson was given the task of coordinating all coal-related facilities (land, mines, breakers, and feeder RR lines) and was soon sending a flood of anthracite north on rail from the Valley Junction over the gravity line into Honesdale.

Another impetus for a connecting line was the possibility of using the A&S RR when completed (Albany & Susquehanna — from Albany to Ninevah to Binghamton) in order to reach points north. The D&H Co. provided the financial backing to keep this project moving. Thus routes were tentatively open to move coal west (over the Erie RR) and also north.

On September 2, 1868, the managers of the D&H entered into a contract with the Erie RR to build a line north from Carbondale over Ararat Summit, to connect with the Erie main line at Lanesboro Junction. While this line would be built under the existing charter of the Jefferson RR Co., labor and capital would be furnished by the Erie. Provisions were also made to lease the Erie rail into New Jersey and NY City. Thus began the great RR expansion of the D&H, reaching vast new markets. On October 28, 1870, the first loads of coal rolled north out of Carbondale on the newly completed Jefferson Railroads and on to Binghamton where they switched to the A&S. under lease to the D&H.

(Description and history taken from neparailtrails.org.) 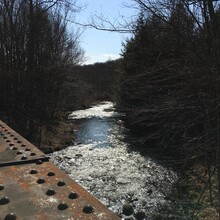 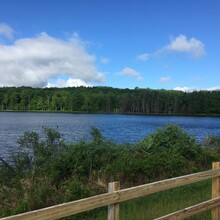 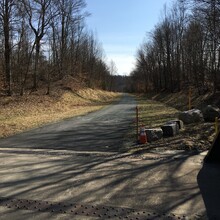 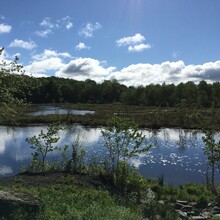 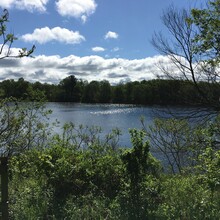 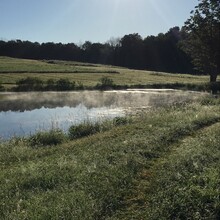 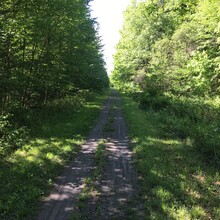 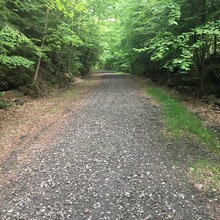 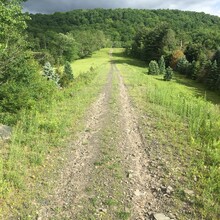 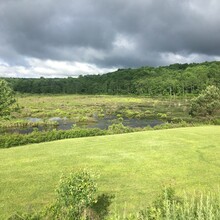 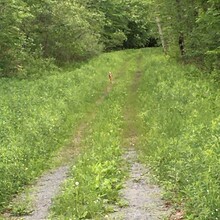 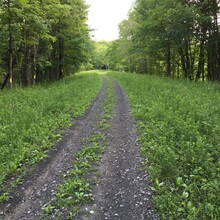 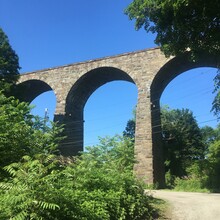