Glacier National Park in Montana is home to superlatives. It is one of North America's most iconic National Parks and supports a stunning variety of ecosystems and animals. It holds immense geologic and cultural history, and is one of the most ecologically intact areas remaining in the temperate regions of the world. It gets flooded with visitors every year, especially during the summer months, but all of this wildness combines to keep the vast majority of visitors either in their cars or on the more-accessible trails. Once you get a few miles away from a trailhead, and certainly once you venture off trail, you enter a completely different world of a relatively untouched, pure mountain experience.

GNP is home to six peaks taller than 10,000 feet: Kintla Peak, Mount Cleveland, Mount Merritt, Mount Siyeh, Mount Jackson, and Mount Stimson. It is an intuitive challenge, though not an easy one, to link up all six in a single effort. None of the peaks have trails to their summits, and class 3 scrambling is required at a minimum as well as other types of off-trail mountain travel like bushwhacking, glissading, and scree skiing. Also, this is grizzly bear country; anyone attempting this route must be competent with the skills for staying safe in bear country as well as carry bear spray throughout the trip.

Aesthetically, the six peaks are arrayed in a wide range across the park. This all but ensures a person will experience a fairly comprehensive tour of every ecosystem, terrain, and type of movement GNP has to offer. This variety also lends itself to creativity — there are many different ways to connect the peaks, and hopefully future aspirants to this challenge can find a style and itinerary that suits their personal approach.

The stats included in this route description — 150 miles and 58,000 feet ascent — are ballpark figures based on my own FKT trip. The exact numbers will depend on the exact route chosen, as there are many options.

For me personally, this challenge represents one of the purest tests of summertime mountain travel. It presents a staggering variety of movement and terrain types, and requires significant off-trail skills on top of a strong endurance base. It also happens to package all this in one of the most awe-inspiring places in North America.

People have been climbing in GNP for far longer than recorded history. I submit this limited history of FKT-specific attempts with humility and recognize that I may well not have the full picture. If anyone has updates to this history, please reach out.

The earliest concerted attempt I know of for linking the six peaks in a single effort came from Eric Hallett and Nate Evans in 2017. They went north to south in 12 days.

Noah Couser made an attempt on the linkup in 2021 — the local paper ran a story on it — going south to north, completed four of the six peaks before calling off the attempt.

There have also been two other unsuccessful attempts made in summer 2022, as well as others planned. This adventure seems to be growing in popularity within the endurance community.

I encourage everyone interested in this adventure to deepen their connection with GNP before starting out. There has been so much written, photographed, and filmed about GNP I don't do anyone justice by attempting to recreate it here. Instead, here are some good resources to start with.

People Before The Park — fantastic book on the rich indigenous history in the GNP area before the park was created.

The Wolverine Way — Great book that reveals the natural history of this amazing species and the forces that threaten its future, via recounting a five-year wolverine study in GNP in the early 2000s.

The Melting World: A Journey Across America's Vanishing Glaciers — another great book chronicling the effect of climate change on GNP's glaciers and of the consequences to people and the natural world that will entail.

Lastly, I echo Mike Foote and others who have called for anyone setting FKTs to contribute back to local conservation organizations doing good work in the area of the FKT. The Glacier Conservancy is the official non-profit fundraising partner to GNP and funds vital work to protect the park. They are a good beneficiary for anyone interesting in donating. 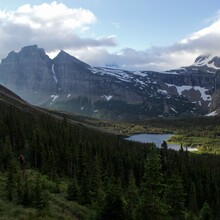 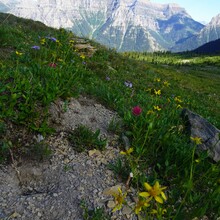 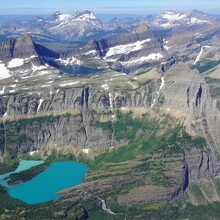 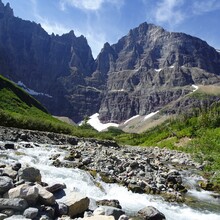 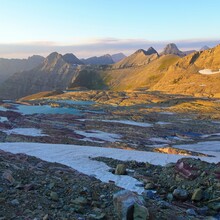 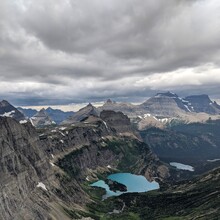