The multi-use Kep Track (Gep being the local Aboriginal word for water) uses the rail formation between Mundaring in the Perth Hills, to Northam, east of Perth.  https://www.alltrails.com/explore/trail/australia/western-australia/kep-track?mobileMap=false&ref=sidebar-view-full-map

The track hosted the annual Hoka One One Kep Ultra until 2015 when permits became problematic and red tape saw the race cease from continuing http://kepultra.com/

The track is aligned to the Golden Pipeline Drive Trail, following part of CY O’Connor’s pipeline which continues from Mundaring Weir to Kalgoorlie.   There are trail heads at Mundaring Weir and Northam, and multiple access points which means walkers from any level (from strollers to end-to-enders) are catered for. Riders can park and ride from pretty much any town along the way. The Track passes through the communities of Mundaring, Sawyers Valley, Mount Helena, Wundowie, Bakers Hill, and Clackline.

Some of the historic railway stations along the route are no longer evident on the Track, but would have serviced local farms and the Goldfields Pipeline. The most interesting would have to be the Sanatorium Siding. A sanatorium for the treatment of tuberculosis ("T.B."), or consumption as it was also known, was built in the relative isolation of Wooroloo and, officially opened in 1915. Built to house 300 patients (200 male and 100 female), there were initially only 80 patients, many of them ex-miners from the Eastern Goldfields. From the late 1930's, Wooroloo was used as a preliminary 6-8 week training school for both male and female trainee nurses. Until the 1944 discovery of treatment for T.B., rest, fresh air and good food were the only hope for T.B. patients. Many of them ended up in the nearby Wooroloo Cemetery. Patients with multiple sclerosis, stroke and paraplegic victims and alcoholics were also referred there until its controversial closure in 1970. 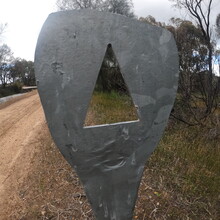 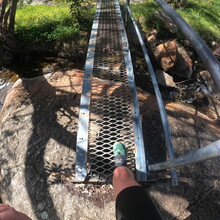 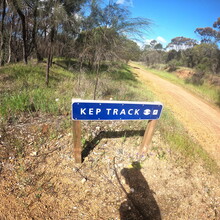 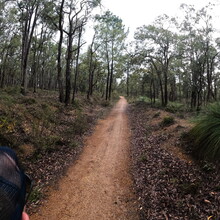 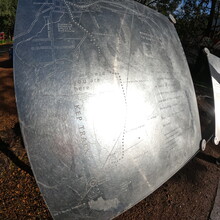 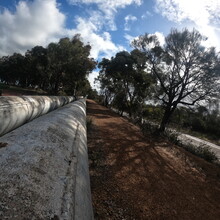