The National Capital Region (NCR) of Delhi has large forest areas. This route navigates the southern green sections of the region.

The Nilgai Forest Trail is a continuous 90 kilometre-long single-loop route with an elevation gain of approximately 600 metres. 75+% of the route goes through and on forest trails, unpaved roads and dirt tracks that run through the urban and suburban areas of New Delhi, Faridabad and Gurugram. Spanning biodiverse areas, The Nilgai Forest Trail gives a glimpse of the wild character of the ancient Aravalli mountain range in the present day.

The entire route has been mapped with runnable trails that bypass access or permit related issues (as of March 2022). Key landmark sites of the region, such as beautiful lakes, green corridors etc. have been included to enrich the experience.

The route starts at gate #2 of the Sanjay Van forest near the rear gate of Indian Institute of Foreign Trade at Qutub Institutional Area. Entering Sanjay Van, the initial section is over the historic Lalkot fort bastion. From Sanjay Van, the route goes southeast towards Mittal Gardens, another protected green area which opens up into Maidangarhi village. Via the Maidangarhi area, the route continues southeast to enter Tilpath Valley and move towards Asola Wildlife Sanctuary. Till this point, this route follows the South Delhi Trail Corridor (The Nilgai City Trail), before diverging and moving further south at Bharadwaj Lake. The route runs along the boundary sections of the sanctuary, moving further south towards Manger and then to Panikot Lake via the village of Kot. The next stop is Damdama Lake, which is the southernmost point on the loop. From Damdama Lake, the route takes a turn north towards the city of Gurugram. Exiting the trail at The Dome cricket ground in Alahawas, the first long road section needs to be covered at this point to get to the Wazirpur-Chakkarpur Bundh EcoRestoration Trail. At the Chakkarpur exit, the route connects to the Sunset Boulevard road and moves towards Aravalli Biodiversity Park in Gurugram. The trail will continue further north via the Rajokri forest and lead to the Aravalli Biodiversity Park in New Delhi. The final section back to Sanjay Van and the start location is by the main road around the Jawaharlal Nehru University northern boundary.

The Nilgai Trails have been conceptualised and mapped by Kshitish Purohit and Nakul Butta, co-founders of Delhi NCR’s largest trail running community, CapitalTrails. The Nilgai Trail Project aims at developing new routes and connections between the different green areas of the region in the hope of getting people outdoors for recreation, appreciation, conservation and competition in the National Capital Region of India.

More details can be found on the The Nilgai Forest Trail here. 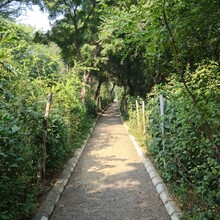 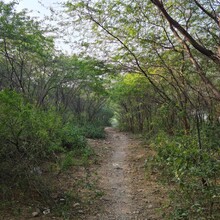 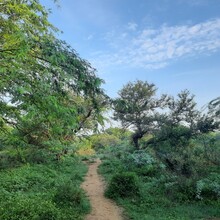 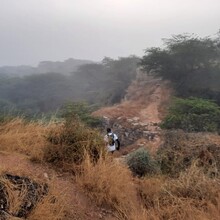 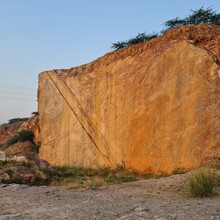 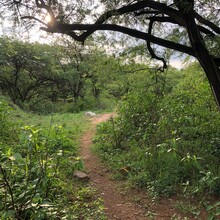 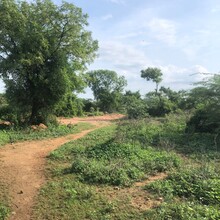 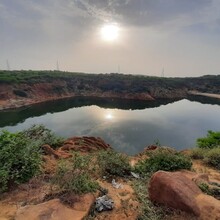 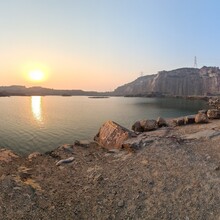