This FKT route is a round trip between Adelaide and the village of Hahndorf, following the "Pioneer Women's" walking trail, plus a semi-urban connection to the Adelaide city center (mostly through parklands). The idea of the round trip and connection to the city follows the original spirit of the trail, which commemorates the journey of merchants transporting goods between the Adelaide hills and the city.

The route is a loop and can thus be run in either direction as per the FKT rules. The official PW's trail has likely been run countless times but an existing FKT could not be determined. The round-trip route described below was proposed and first run by Damien Teney in October 2020, starting from the city for convenience. Starting from Hahndorf would be historically more accurate however.

The Pioneer Women’s Trail honours the early Hahndorf settlers who supplied Adelaide with fresh produce at a time when most foodstuffs had to be imported into South Australia.

From 1838, when the South Australia colony was just two years old, Lutheran refugees from Prussia had settled in the Adelaide Hills forming the village of Hahndorf. Within weeks the women and girls started making regular trips on foot to Adelaide, carrying baskets of vegetables and dairy produce for the hungry townsfolk. They left the village at midnight to walk 35km along rough bush trails and ancient Peramangk tracks, pausing in the early hours of the morning to refresh themselves at a stream in the foothills near Beaumont House.

After selling their wares and purchasing other necessities such as sewing thread, needles, sugar, tea and tobacco for the men, they walked back up the hill. They also carried two bricks each for building their church. This manner of provisioning Adelaide continued until the late 1850s.

The trail used by Hahndorf’s pioneers was rediscovered by the Hahndorf and Burnside Branches of the National Trust of South Australia and Walking SA in 1980. Today’s trail follows it as closely as possible. Today's Pioneer Women’s Trail mainly follows country roads, lane ways and bush tracks through a delightful section of the Adelaide Hills with historic homes, deciduous trees and native bushland. The trail is very runnable throughout and could lead to very fast times.

The proposed FKT route adds a connection from the western official end-point of the trail to the historic Adelaide Fruit and Produce Exchange, in the city's east end. This heritage building boasts a beautiful preserved facade and was chosen for its thematic relevance. It should however be noted that it is anachronistic to the historic trail described above since it was only built in 1904.

For those wanting to run this route one-way, a public bus operates between Hahndorf and Adelaide (see http://www.adelaidemetro.com.au, routes 840 and 864). 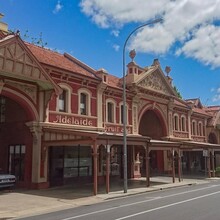 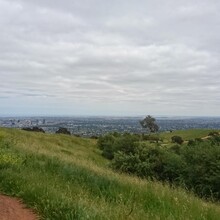 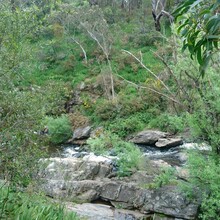 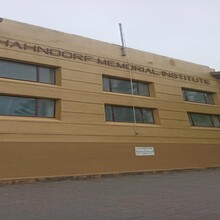 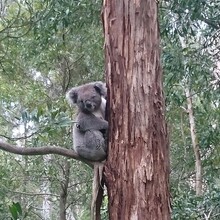