Portsmouth Harbour is defended from all 4 directions by castles, forts and military lines as it has been a strategically important port for thousands of years (the Romans had a major military base in Portchester). This largely circular loop follows these defences. Not all fortifications still exist or are accessible to the public.

Gosport Forts - Were built to prevent an enemy force landing along the coast and approaching Portsmouth from inland, and had their main weaponry facing away from Portsmouth.

Portchester Castle – Not one of The Portsdown Hill Forts but the route passes Portchester Castle next.  The Romans built a huge fort here and after the Norman conquest a Castle was built into one corner of the fort which grew into a royal residence.

Portsea Island Forts - These forts are situated on Portsea Island, the low-lying island on which most of the city of Portsmouth is located.

Solent Forts - These man-made island forts were originally built to protect the eastern approaches to Portsmouth Harbour from attack by enemy forces. These are all at sea so not accessible on foot, the route passes them along the seafront and 3 of the 4 are visible during clear weather

A ferry crossing is available from The Hard (close to the Historic Dockyard) and Gosport linking the start and finish points. 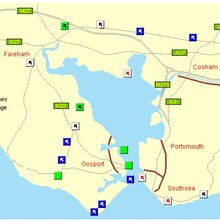 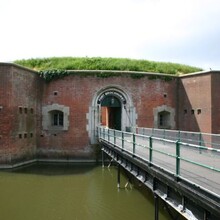 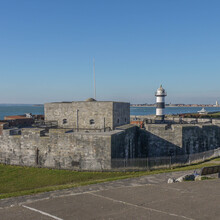 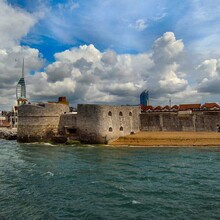 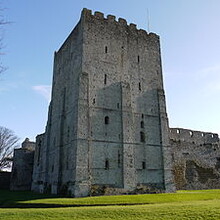 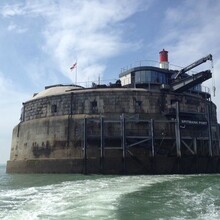