The South Downs national park has long been a hub for hikers, trail runners, ramblers and cyclists, with the South Downs Way SDW public bridleway being the focal point where much of this activity occurs. The South Downs is a national park that stretches for 140 kilometres (87 mi) from Winchester in the west to Eastbourne in the east through the counties of Hampshire, West Sussex and East Sussex. The national park covers the chalk hills of the South Downs (which on the English Channel coast form the white cliffs of the Seven Sisters and Beachy Head) and a substantial part of a separate physiographic region, the western Weald, with its heavily wooded sandstone and clay hills and vales.

Due to the stretched elongated nature of the national park, the SDW although fantastic, is largely linear and bypasses much of what the park has to offer in particular sections; The Satwant Round (SR) is aimed in part to celebrate the East Sussex section of the South Downs, particularly Seaford Head Nature Reserve, The Cuckmere Haven Valley, The Ouse Valley and High and Over. The SR also includes traditional parts of the SDW such as Beachy head, Birling Gap, The Seven Sisters, the long man of Wilmington and Friston Forest. The round begins and starts in Seaford, a historic seaside town that is centred around what the area has to offer and subsequently, the round itself. The round is over 90% trail with minimal sections of road to navigate, usually when the round weaves its way through medieval quiet villages.

From Seaford runners will run to the top of Seaford Head (famous cliff headland) and follow the coast along the cliff top to the famous Coast Guard Cottages of Cuckmere Haven, witnessing a world famous spectacular view of the Seven Sisters, Birling Gap and Beachy Head. Runners will now follow the River Cuckmere on the western side up to High and Over where they will ascend and descend next to the famous Chalk Horse, before following the river up to Alfriston village, here the runners will turn East on the SDW to an ascent of Windover Hill, home of the long man of Wilmington. Now on the SDW and at the highest point of the course, runners will descend the path to Jevington, before ascending back up the next valley following the SDW into the historic seaside town of Eastbourne, where the SDW traditionally ends. Runners will immediately pick up the SDW in the opposite direction along the famous white chalk cliffs they had seen from the Coast Guard Cottages, ascending Beachy Head cliff and following the SDW down past the famous Lighthouse to Birling Gap. At Birling Gap the runners will proceed along the path over the Seven Sisters cliffs, a relentless series of ascents and descents until settling down to the Cuckmere River again, but now on the eastern side. Following the river north again the runners will explore Cuckmere Haven from the well-travelled tourist side before arriving at Cuckmere Haven Visitors Centre. The runners will now enter Friston Forest, following a windy unrelenting mountain bike track before following a footpath back up to Litlingdon, and then following the river further up to Alfriston on the Eastern side. The SDW is picked up again at Alfriston again but followed to the West, up on top of the downs, where the scenery is breathtaking. The runners will follow for several miles on top of the downs until descending into the Ouse River Valley. At the river, runners will follow the river south on the footpath until hitting Newhaven, a port town. Here runners will navigate a few roads before ascending back on to the downs and descending into the farming hamlet of Bishopstone, here two climbs await. The later takes the runner up to the Comp bridleway with incredible views of Seaford bay, when met runners will follow the path towards Seaford, after running along the towns edge the end is in sight. A climb up to South Hill barn, part of the Seaford Head nature reserve awaits, then tailing along the cliff back towards Seaford Head, a steady torturous incline. The Head is descended along a slightly different path than prior but arrives the runner back into Seaford where the end is half a mile away. The round is almost entirely on well signposted public footpaths or bridleways, not off road, it is 50.4 miles long with 4300ft ascent. It starts and ends at Saint Leonard’s Church, the front door must be touched by the runner at start and end.

The route/round is in part inspired by the Bob Graham round in the Lake distract and other rounds around the British Isles, these fell running challenges have notably been absent from the South of England, particularly the populous South East. Despite having a fantastic trail running community there is a notable lack of known routes for FKT’s or fell running despite a large demand. The SR’s character is inspired by previous rounds; with 4300ft ascent in a hilly but not mountainous area, a challenging course but also an accessible one. The course unlike other rounds, is not off road and largely on trails; the purpose here is to recognise that in the South East fell running is not present but trail running is, it is hoped by making the round accessible in this regards interest in fell running will grow in the region and inspire attempts on the traditional rounds such as the Bob Graham. Thus the second aim of the SR is to give the South East its own round inspired by those before it, whilst respecting the fell running community and expanding its influence into new communities traditionally underrepresented in running; this is then, an entry level round and a brilliant exposure into trail/fell/ultra-running for those that attempt it.

The round/route is named after my Grandmother, Satwant Hanspal, who’s life journey found her travelling the world to escape poverty. An incredible woman whose resilience inspires me to run and will need to be reflected in those that aim to complete the round in a respectable time. 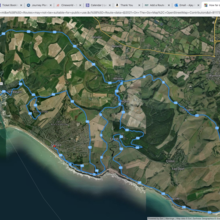 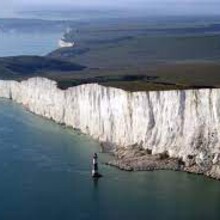 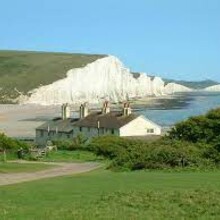 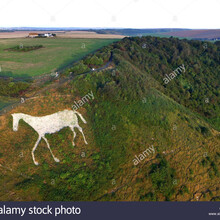 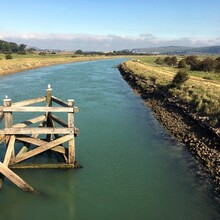 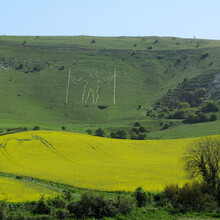