The 157km-long Seoul Trail surrounding the city has eight courses. They contain stories about the history of Seoul, its culture, and ecosystem. Visitors will find that the courses offer many things to experience and enjoy. The courses run through forests, along streams, and through villages. Visitors can rest at lounges and cafes along the courses. They can learn about the country’s history at olden-day temples and historical sites. The trails are easily accessible and formed mostly on gentle slopes, allowing for safe and convenient use.

"This course travels along Dobongsan Station - Suraksan Mountain - Buramsan Mountain - Hwarangdae Station. Both Suraksan and Buramsan are rocky mountains, but the Seoul Trail that runs along them is not overly rigorous despite several hills and valleys."

Suraksan Mountain (638m) forms the border between Nowon-gu, Seoul and Namyangju/Euijeongbu, Gyeonggi-do. The name “Surak” was attached to it due to the existence of many waterfalls. It faces Dobongsan to the west and is linked to Buramsan to the south. It is regarded as one of the four leading mountains near Seoul, along with Bukhansan, Dobongsan, and Gwanaksan. It is a favorite destination of picnickers all year round. It features many olden-day temples like Heungguksa, Hangrimsa, Naewonam, etc"

Buramsan Mountain (508m), along with Suraksan, forms the border between Nowon-gu, Seoul and Namyangju, Gyeonggi-do. Composed of huge rocks, it has a magnificent appearance. It is said that the name “Buram” was attached to it, as its peak looks like a Buddha with a ceremonial hat on the head. You will see that Bukansan, located to its west, comes into view often while walking on this mountain. It also features many olden-day temples like Buramsa and Hakdoam. Royal tombs like Taereung and Gangreung are located at the foot of the mountain."

All the information above is cited from the official Seoul Trail website. Please follow the link below for more information: 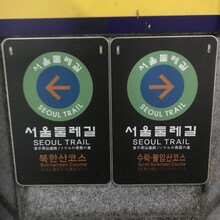 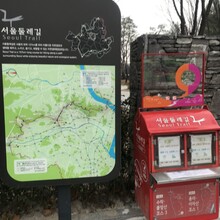