The Toronto DIY Ultramarathon is an 83(ish) kilometer loop that takes advantage of the interconnected trails that run around and through the largest city in Canada.  The loop consists of 28km of road and 55km of trails, both paved and dirt.  There are 24 hour Gas stations at 10-25 kilometer intervals along the trail, so it is very conducive to self-supported attempts.   Water fountains and public restrooms are also located along the route which are seasonally operational.

The Toronto DIY Ultramarathon route is particularly enjoyable to run as it will take a person by a number of great landmarks along the way.  Evergreen Brickworks, Mount Pleasant Cemetary, Casa loma, Baldwin Steps, Black creek Pioneer Village, The Humber Bay Arch Bridge, Sheldon Lookout where the Toronto Skyline is visible. One will also run by Ontario Place, the entire Toronto Waterfront and The CN tower.  The CN tower, (the western hemisphere's tallest freestanding structure) is visible from Bayview ave, Baldwin Steps and numerous places along the waterfront trail.  During the run you'll run both over (on Keele st) and under (on the Humber river Trail) North America's busiest highway; The 401. You'll also run by the staring point of one of the world's longest streets; Yonge Street.   The route takes advantage of the entire length of the Humber River Trail, a large portion of the Martin goodman Waterfront trail as well as The Don Valley Trail, Sun Valley Loop, Mud creek Trail, The Belt-line trail and Cedarvale Ravine to mention just a few.  Wildlife sightings are very common on these trails, especially at night.  You will commonly see whitetail deer, cottontail rabbits, coyotes, foxes, raccoons and plenty of striped skunks, watch out for those!  You can start wherever you would like on the loop.  There is an category for a single loop (approx. 50 miles) and two loops (approx. 100miles) 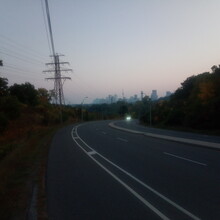 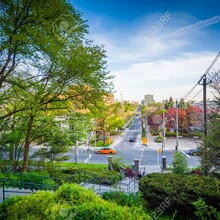 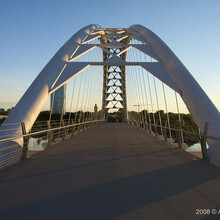 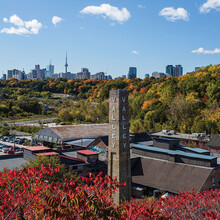 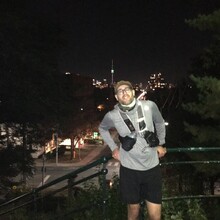 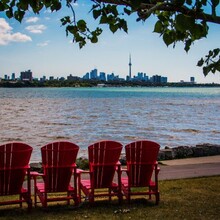