The Tuolumne Ultimate Radical Dome Linkup! This is a linkup of all the notable domes along highway 120 in Tuolumne Meadows (There are 28). The list was based off the domes found on the map in the Falcon climbing guide for Tuolumne Meadows, but some adaptations were made to make it a bit more logical and tag a couple domes not in the book as well as excluding a few that are way out of the way or non-prominent.

The proper way to complete this linkup is to summit all the domes by any on-foot means, whether that be by climbing real routes or taking the route of least resistance. The TURDL was first done round trip Tuolumne SAR site to SAR site (Tuolumne Lodge), however starting and ending at the Tuolumne Store or Tenaya Lake would also be logical options (or anywhere else that seems to make sense!).

Motor vehicle transport from dome to dome could be an interesting variation, but the proper TURDL is all human powered.

Here are the domes:

Lake of the domes

Only one of the domes requires 5th class climbing to summit, Pywiak, at about 5.4. There are a few other domes, such as Fairview, where the most direct and efficient route requires a bit of low 5th class climbing. A couple others, such as Daff, require steep 4th class slab climbing where falling would not be an option.

One thing of note is there is only one true Micro dome, however there are two small domes right next to each other and both were tagged on the first ascent. This area is up to interpretation by the athlete. 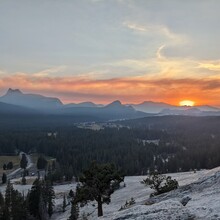 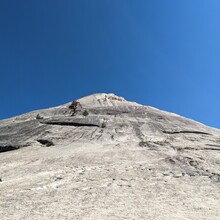 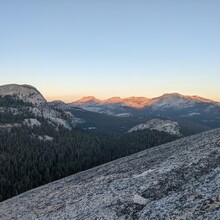 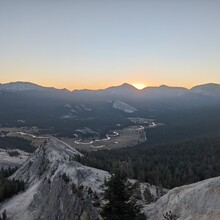 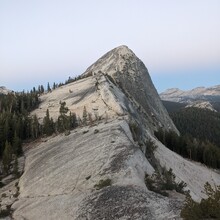 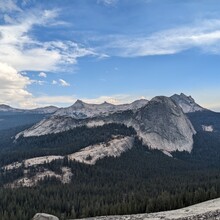