This route is one of the best linkups that you can come up with in Colorado for Centennial (Colorado’s highest hundred) peaks.  The San Juan range is Colorado’s most remote mountain range, and the Weminuche Wilderness is possibly the most remote part of the entire state.  In Nolans style, this route allows you to choose the most efficient route possible that links up the Centennial peaks in the Weminuche Wilderness.

The most popular high peaks in the Weminuche are the 14ers Sunlight, Windom, and Eolus.  Most hikers access these peaks in this wilderness via a multiday backpacking trip or by taking the Durango-Silverton train to Needleton which allows them to save 20 miles of backpacking.

However, surrounding these 14ers are some of the most difficult, rotten, technical peaks in the entire state.  Jupiter, Pigeon, Turret, Jagged, Vestal, and Rio Grande Pyramid are the Centennial 13ers nearby.  And linking them up with the 14ers is a massive undertaking.

Vestal has the Wham ridge, a surprisingly solid ramp that turns near vertical and requires at least 5.4-5.6 climbing skills.  Jagged, after a chockstone blocked the standard chimney route in 2018, has become easily the most difficult of all Centennial peaks requiring solid route finding and low fifth class scrambling skills.  Pigeon and Turret have easier routes but provide a challenge in just getting to them from the other peaks.  Jupiter connects to the 14er Windom, but the conditions of the traverse can be extremely dangerous with snow covered slabs to navigate. Finally, Rio Grande Pyramid, the most isolated of all the Centennials, stands by itself far to the east of the other high peaks in the Weminuche.

Linking these peaks together into one route may be too difficult for most.  It takes a well rounded athlete as there are plenty of long trail sections, lots of bushwhacking and navigation, and many scrambling sections of 4th class and 5th class climbing. 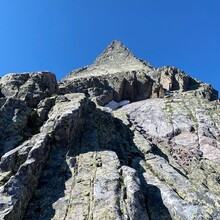 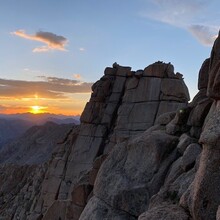 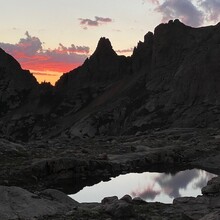 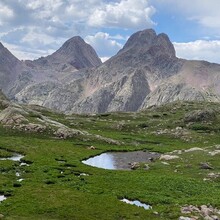