Article: "In it for the Long Run" – a review of Damian Hall's new book 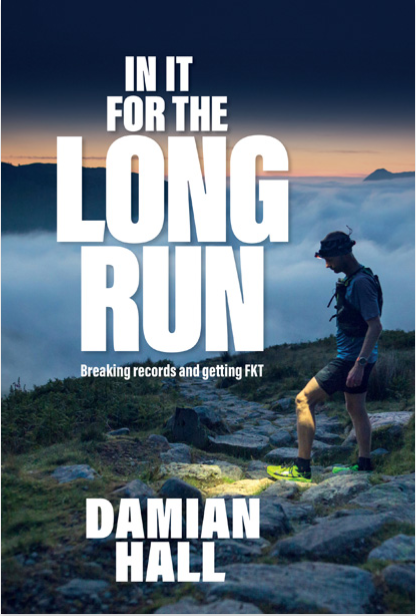 In his new book, “In It for the Long Run: Breaking Records and Getting FKT", Damian Hall, a native of England, shares his 10-year personal running journey from outdoor magazine journalist to ultrarunning champion and multiple FKT holder.

He reveals just what it takes to make it to the top league as a sponsored athlete, the sacrifices and long training runs in the beautiful but bleak Brecon Beacons National Park, the coaching he sought from technique and endurance coaches, and the advice and support other superstar ultrarunners gave him on the rugged road to success.

Never one to take himself too seriously, Damian leads us on the famous Ultra Tour du Mont Blanc race around Mont Blanc where he tries to break into the top ten, across the rugged ‘Rounds’ trails in England, Wales and Scotland for more FKT attempts, and all the mud, pain, sweat and sleep-deprivation he experienced along the way.

The brilliantly-written account culminates in the epic contest with the last Barkley Marathons finisher, American John Kelly, as they both battle to break Mike Hartley’s 31-year-old FKT on the iconic 268-mile Pennine Way up the spine of Britain.  (Editor note: Podcast with John here; Podcast with Damian here. John recently went back and re-took the Pennine Way FKT on May 17.)

Entertaining, funny and full of the many colorful characters who helped make the sport what it is, Damian’s book is a must-read for trail running fans who want to learn more of the European scene today.