Article: Jacquie Mannhard and the Trail to Confidence

Jacquie Mannhard and the Trail to Confidence

As told to Courtney Holden

("A WOMAN'S PLACE IS" ... our new series! Once a month Courtney Holden profiles female FKTers who have something to say or do.)

Living in a town of professional athletes and other superhumans like Boulder, Colorado means Jacquie Mannhard has her work cut out for her setting FKTs. Here, the former college runner turned competitive (but not pro) racer talks about what it’s like to overcome imposter syndrome and why she’s passionate about getting fellow female runners out on the trail.

Let’s start at the beginning. How did you get into doing FKTs?

I had heard about FKTs many years ago when it was still sort of a rogue concept. It seemed like it was mostly for epic routes like the Appalachian Trail or the Pacific Crest Trail where there would never be a sanctioned event, but runners could still compete with each other doing FKT-style efforts. I didn’t get into it myself until this past spring when COVID hit and all of the races got cancelled. It was the perfect opportunity to dip into the FKT world. I started seeing that there were so many gaps for women, so many routes established and so few women’s times. That was one of the main things that motivated me.

You were one of the first women to set FKTs on routes like Mt. Sanitas and the Boulder Skyline Traverse. And then those FKTs were beaten. What was that like for you?

When you're setting an FKT, it’s an even more outrageous achievement than winning a race. It’s a really audacious claim. You’re essentially saying, not only am I the fastest person on this route today, I’m the fastest person on this route in history. When I set out to run these FKTs, it was with the awareness that I am definitely not the fastest lady in history, and not even the fastest lady in town, so I fully knew that my times would be beaten. But honestly, when it happened, I started to suffer imposter syndrome, and I felt reluctant to try more routes. There was this self-defeating inner voice that was telling me: “I know I’m not the fastest lady in Boulder. Who am I to think that I should set the FKT?”

How have you been able to conquer those inner demons?

Around that same time, my coach, David Roche, wrote this article and it said that even top-level runners, world championship runners, suffer from imposter syndrome. And it’s even more prominent in women and minorities who historically and culturally have been taught that they need to play small. That article helped my thoughts evolve to a place of acknowledging that I’m definitely not the fastest runner in Boulder, and I’m totally ok with that. And I’m still willing to put myself out there, train hard and put up a respectable race-pace effort in the hopes that it will encourage other women to get out and run hard. I’m cool with just being a stepping stone for other women to climb the ladder.

Why are you so passionate about encouraging other women in sports?

I used to help coach a women’s triathlon team, and it was so eye-opening to me. It was amazing to see how having success in sport empowered these women in their lives. They left abusive relationships; they felt strong and powerful; they felt true self-confidence—in some cases, for the first time. Running or swimming or biking, is inherently meaningless in itself. But if it can help us show up in our lives as a happier parent, a more energized spouse, a goal-driven employee, or a joyful, confident human, then maybe it can change our lives. 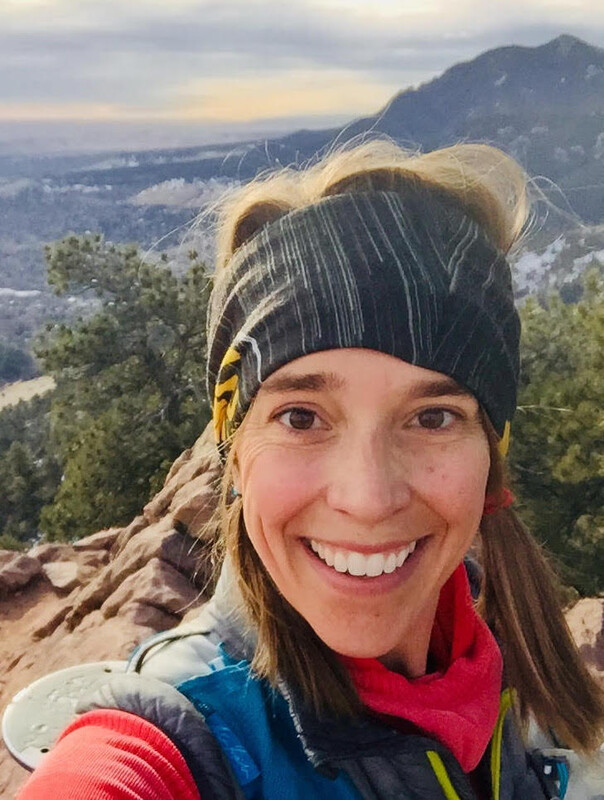 Good stuff, thanks for taking this on, Courtney! And Jacquie, I like how you put it: running is inherently meaningless: but maybe it can change our lives!

Excellent!  As a fellow stepping stone, I can totally relate.  Inspiring others is a worthy goal.  Also trying to be the fastest (or first) woman to go after more challenging and interesting routes.