Article: Kaytlyn Gerbin: the trail community was the start, and the overall record is the one to beat

(Courtney Holden is the journalist who wrote this piece, and who once each month is profiling the Female Fastest Known Time Of the Year award winners!  Each woman will provide their own unique perspective in their own voice, for these terrific person-person conversations.  Thank you very much Courtney, and for Part Four this month, thank you Kaytlyn!)

The North Face pro runner Kaytlyn Gerbin earned the #4 Female Fastest Known Time Of the Year Award for her 18 hour, 41 minute, 54 second supported FKT on Washington’s Wonderland Trail. (Kaytlyn was in an exact 3-way voting tie with Mikaela Osler and Alyssa Godesky). Here, she describes why community is key to her love of trail running and explains that the fastest time (no matter who set it) is the time to beat. 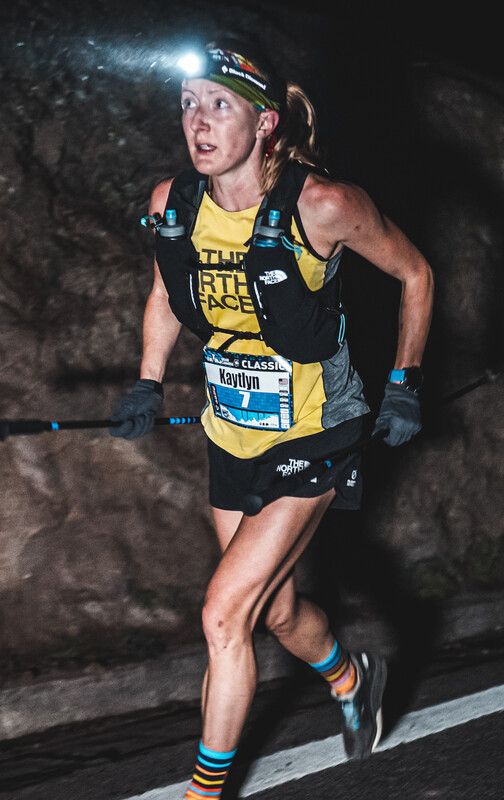 Can we start by hearing your running origin story, so to speak? How did you get into the sport?

I didn’t run much until I got to college. I was running here and there, but nothing super competitive, just to stay in shape. I used it as a way to explore. When I moved from rural Wisconsin to Seattle, I was doing a lot of running on the roads, but I suddenly had access to mountains and got into climbing, mountaineering, and backcountry skiing—basically, I was playing in the mountains in any way I could. It took me a few years to realize I could start running on the trails, and when I finally did, it just clicked as this activity that I loved. I didn't realize at that time that I’d be any good at it.

What is it about running that you loved so much?

I was amazed at how far you could get on your own two feet, and that really opened the door to a whole new style of adventure. I love that running is so minimal. It’s not like you need a lot of expensive equipment or any technical skill to be able to do it. All you really need is a pair of shoes. Whether you’re hiking or running fast or it's the combination of the two, you can always keep moving forward. It’s just getting out there with your feet and pointing to a spot on the map and saying, “Hey, can we try to get there?”

When did you start upping the distance?

I ran my first marathon right after graduating from college, and after I moved out to Seattle, I continued running a marathon here and there, all road marathons. I realized I liked that distance of doing marathons. I signed up for a 50k trail race then, even though that was a scary distance to me. But it seemed like that was the trail equivalent of a road marathon. So I found a 50k and went with that.

How did it go?

My first 50k was the Baker Lake 50k. The race was everything awesome and awful about ultra running, all in one. The first half I had an absolute blast. I was running with strangers that became my friends within a few minutes, and that was new. I’d never really had that experience of community while out running. We were cruising along and it was great.

Then when I got to the turnaround point, I realized I’d made probably every pacing and fueling mistake you possibly could, and I quickly waved goodbye to all of the new friends as I started hobbling back. It was rough. My husband also did the race with me, and I remember telling him, “Well, I checked that box off. I don’t think this trail running thing is for me.” Parts of it were fun, but I also really suffered. And I suffered for hours.

When I finished the race, there was a campfire and people were just chilling out and drinking beer. And a couple hours later, we were still at the campfire listening to stories about different races. They were planting the seed and opening the door to that community of people who do this stuff all the time. They had the mindset that it’s actually not that bad; it’s fun. And a couple months later, after the pain subsided, I signed up for another race for the following summer.

How did that lead into doing FKTs?

I’d always followed people setting FKTs on different trails, especially locally, but my schedule for racing, especially once I started racing more competitively, meant I usually had a pretty full summer. I never made it a priority to do FKTs. The first real one I did was the Rainier Infinity Loop with Alex Borsuk in 2019. She had been planting that seed in my head for months, but I had other racing plans. That summer I’d been getting overwhelmed with the race and travel schedule, and I started to see FKTs as a really cool opportunity to do something that was meaningful, that was closer to home, and to go after a goal that was just as much about the adventure with a friend as it was about hitting a specific time.

Tell us about your experience on the Wonderland Trail.

Overall, I had a really awesome day. Anytime you are pushing yourself for that long, there’s always things that are going to go wrong and it becomes a game of how well you can manage that. But ultimately, I am really happy with the day. It was beautiful, and I had some great friends helping pace me. That was really fun.

You broke the previous supported record by nearly 3 hours … Explain what was going through your head.

I very much respect Jenn Shelton’s time. That was a goal to beat, but I was also looking at the men’s time when I was figuring out what my goal was for the day. I was going after Ryan Ghelfi’s record, which was right around 18 hours, 30 minutes. Or at least that was the record up until the week before I ran it—the men’s record was beaten two different times in the week before my attempt, but I didn’t change my time goal after that happened. I really wanted to see how close I could to get to the previous overall record.

Why chase the men’s goal?

I think a lot of us, especially women, put limits on what we think we’re capable of without really knowing what we’re able to do. Especially at some of these longer distances ... To me, there’s no reason why I shouldn’t be able to go after the overall record. That doesn’t mean I’m always going to get it—in fact, I didn’t with the Wonderland Trail—but that doesn’t mean that I should limit what I think is possible. Why not set a big scary goal and get out there to see what you can do? 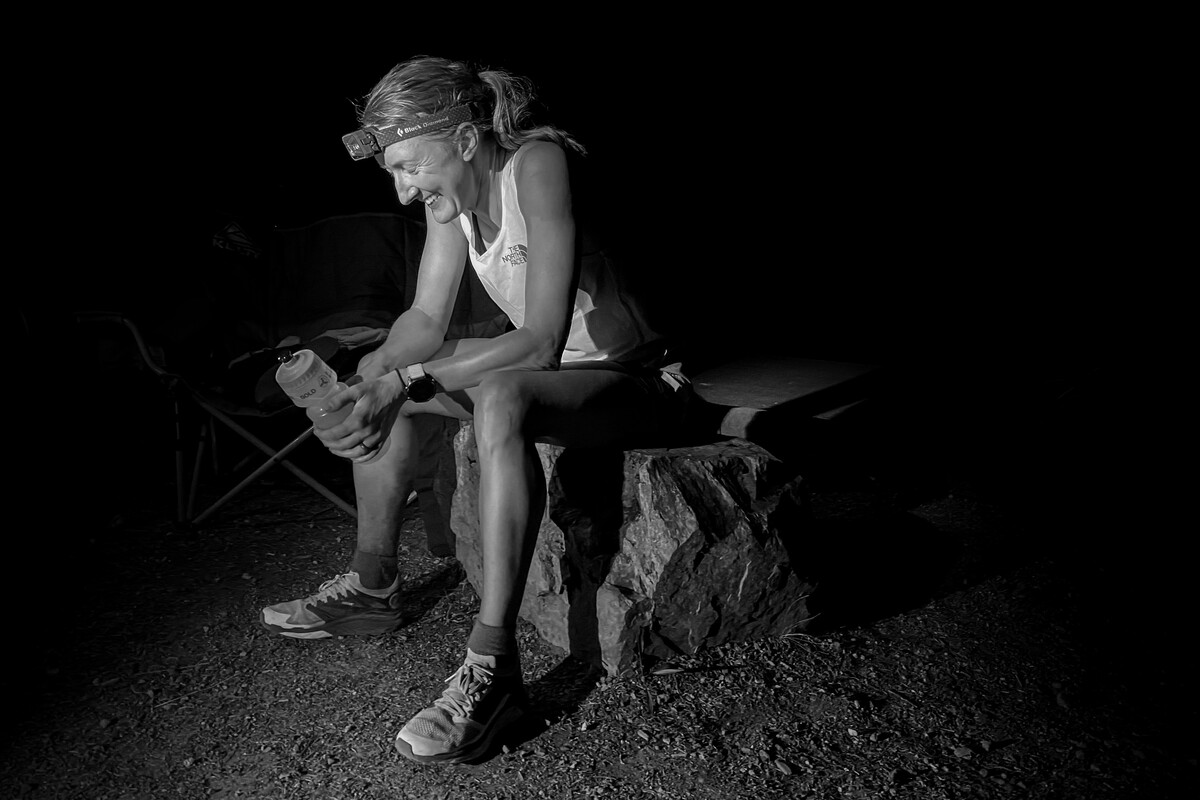