(Courtney Holden is a journalist who wrote this piece, and who once each month is profiling the female Fastest Known Time Of the Year award winners!  These are terrific, person-person conversations, during which each woman will provide their own unique perspective for the rest of us to learn from.  Thank you Courtney, and for Part Two this month, thank you Sarah!) 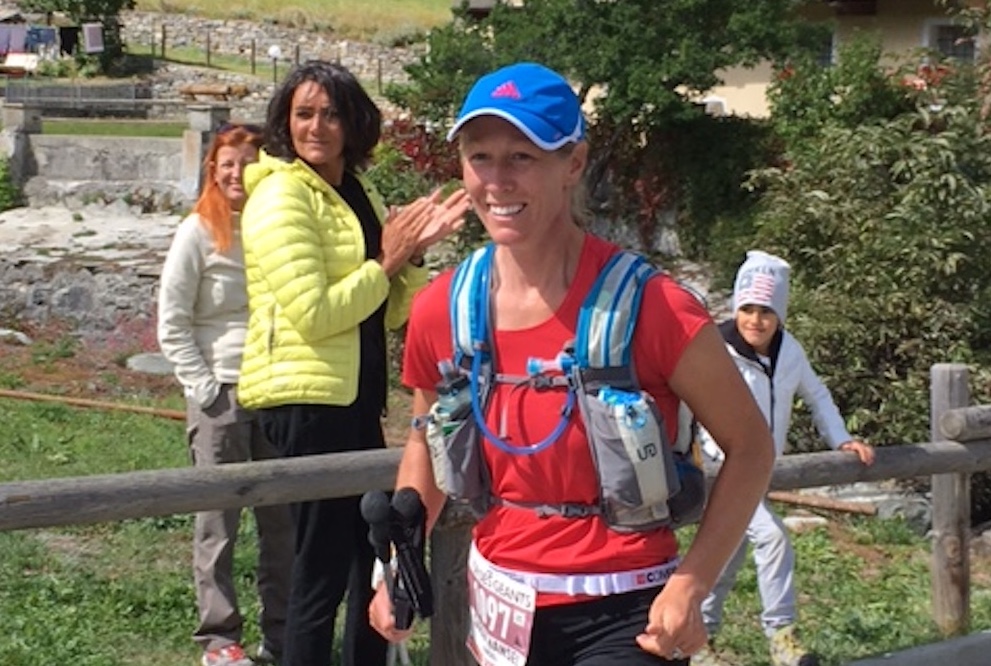 This year, the Aiken, South Carolina based athlete was voted the #3 Fastest Known Time Of the Year NA for crushing Colorado’s iconic Nolan’s 14 route Unsupported in 2 days, 9 hours, 43 minutes, and 34 seconds.  This is by far the highest elevation of any route outside of Alaska and she lives at sea level - how did she do it?

Q: Before we get into the story of your Nolan’s FKT, tell us a little about how you started running.

A: I didn’t run in high school or college or anything like that. I rode horses and that was 100 percent my focus, sunup to sundown, seven days a week. And then in 2011, I went to Australia for six months to ride racehorses. We worked a lot less, so I had all this free time. I did a run along the Great Ocean Road, right on the cliffs. I went out 5 miles and when I looked back, I could see where I’d started. I thought that was the coolest thing in the world that you could travel that far on foot. It was such a good visual of what I’d accomplished and that really stuck with me.

Since then, you’ve tackled countless races, including the Leadville 100 and the 205-mile Tor des Géants. What motivated you to start running longer distances?

That 5-mile run was the longest run I’d ever done. When I came back to the U.S., I did a half-marathon, and I was like ‘Oh, I still have legs.” You get curious to see what your body is willing to do.

You live in the Southeast. How did Nolan’s even get on your radar?

I went out and ran Leadville the year that Anna [Frost] and Missy [Gosney] ran [Nolan’s], and I didn’t even really know what it was. I just knew they were out there tagging all the peaks. And I had a terrible race. I sprained my ankle at Mile 10, and I remember walking on the Powerline section and thinking, “There’s beautiful mountains out here, and I’m walking on these stupid roads. Whatever they’re doing up there, that’s what I want to be doing.” And I started looking into Nolan’s that summer.

You mentioned earlier that it’s a four-hour drive from your house to get to any kind of hill. How did you train for the routes' 45,000+ feet of elevation gain?

Normally for my big races I spend a lot of time in the gym with a weighted vest, but because of COVID, I was too chicken to do that. I work basically every hour of daylight during the week, but I manage to take the weekends off. So I would get up super early in the morning and feed all the horses on my farm, maybe ride one or two, and then I’d drive up to Mount Mitchell in North Carolina, which is a four-hour drive. I would start at noon, and I would just do repeats for 24 hours. Then I would drive home, ride one more horse, do all my chores, and go to bed to be ready for work the next day.

During the week, I have a lake that’s two miles down the road from me. So I would just jog from my house down to the lake with my dogs, let them swim, and jog back. That was my run. I did have a treadmill and I have a really old altitude generator, but it only went up to 10,000 or 11,000 feet. We weren’t even sure if it worked! But I would put the treadmill on the max incline of 15 percent, and I’d “hike” for two miles with the altitude generator. The worst part was that it’s so hot here in the summer, and I didn’t have space for the treadmill in my house. I had it in my horse trailer, which is a metal box that sits out in the sun all day. So I basically got a sauna and altitude training all at the same time. It was dreadful. I intended to spend hours on it, but I couldn’t because it was so miserable! 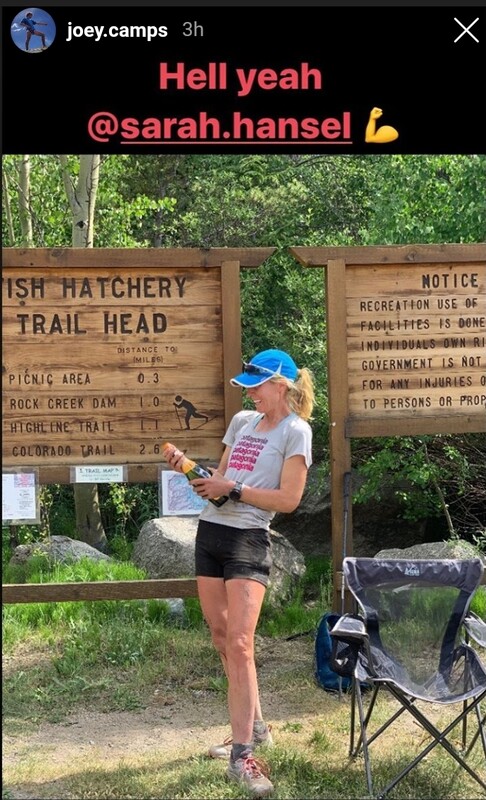 Your FKT was your fourth attempt at the Nolan’s route. What was different this time?

I teamed up with a few of the other women to scout parts of the route beforehand and came up with ideas to make it all a bit faster. Meghan Hicks, Ilana Jesse, and Andrea Sansone were all amazingly helpful leading up to my final attempt. It was really cool to have such fiercely competitive women, who were all going after the same record, to be genuinely supportive of each other.

I also hung out a bunch with Joey Campanelli beforehand, and he just has this infectious energy. The biggest tip he gave me was “Just let the mountain take you down. Just roll with it. Just enjoy it and let those rocks take you down.” So I’d go down a mountain and all the rocks would start falling, and I’d be like, “Alright, here I go.” And I’d laugh about it, whereas the other times I would slow down and be really cautious.

And then the day of, everything was perfect. It stormed all around me the whole time I was out there, and I didn’t get a single drop of rain. And I think I just knew the mountain so well this time. It felt like I was working with the terrain a lot more than I had in the past. I was just comfortable out there. I knew every rock and every little animal. There’s this one albino marmot on Mount Massive, and he came out while I was doing my FKT. I felt like he’d come out to cheer me on. I felt like the mountains were helping me this time instead of us working against each other.

We’ve talked about the process of earning the Nolan’s FKT. Let’s go deeper: Why do it?

I’m the kind of person who tends to go after things that are a little out of reach for me. That’s really attractive to me, something that I know I can do, but it takes everything I have to do it. And Nolan’s is definitely that. It took me four tries, but even the first time, I was like, “I know in my bones that I can finish this and that I can finish this in the time that I want.”

You read National Geographic and Outside Magazine and there are all these awesome people in there. I always wanted to be that cool, but I didn’t know how. But you just do it. That’s the secret: You just go out there and you do it. 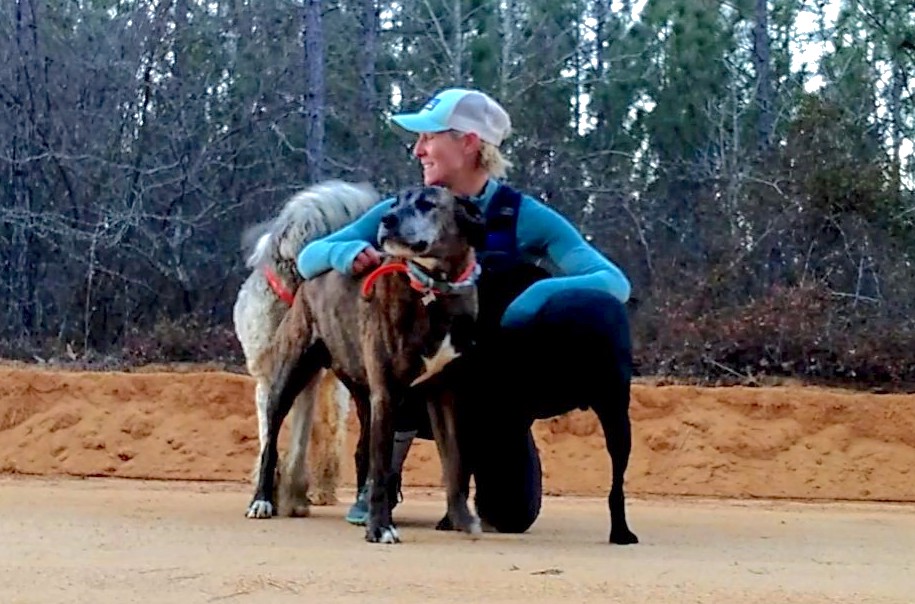