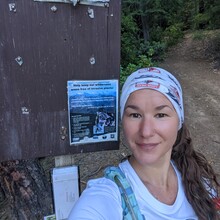 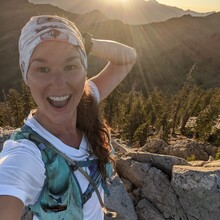 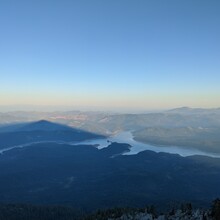 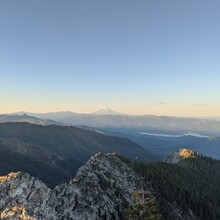 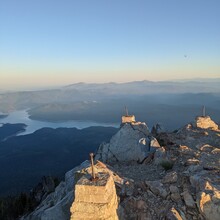 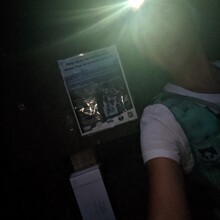 This is such a sufferfesty-fun route.

The climb is no joke. I started at 6:19pm (a few minutes before Jason) with the idea that this route would probably take me somewhere around 3 hours, so I knew that is be running the last mile or so in the dark. I didn't really want to go all-out on it and blow myself up, so before I even started I made the decision to hike most of the uphill... Not that I could have run much of it anyway. I threw my headlamp in my pack and took off at a sustainable power hike.

Jason passed me around mile 1.2. IlI s t t I lost the trailaround mile three and ended up going up a wash for a short ways before having to bushwhack back to the trail. The forest grew darker. I halfway considered turning around, but continued pressing towards the summit.

I was about half a mile from the summit when I saw Jason coming down. I gained the summit somewhere around there two hour mark, admired the views of Shasta, the Trinity Alps, and Trinity lake for a few minutes, put on some upbeat music, and started the descent.

I had SO MUCH FUN on the way down. The combination of the steep forested trails and my upbeat music turned the second half of this run into a one woman dance party.

No matter how many times I experience it, it's really remarkable how dark the forest can get at night. I donned my headlamp for the last mile or so, and finished in 3 hours and 1 minute amongst a cloud of hungry mosquitoes.