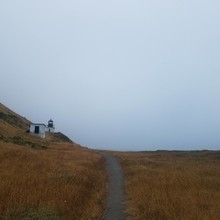 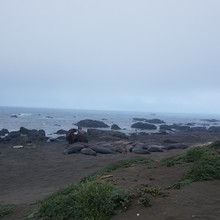 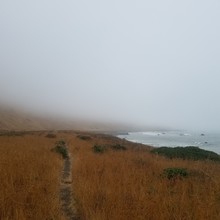 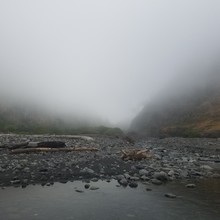 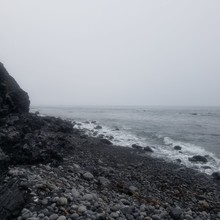 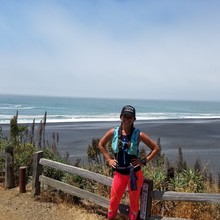 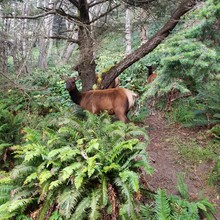 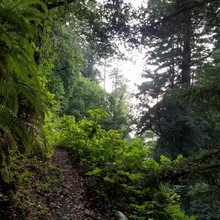 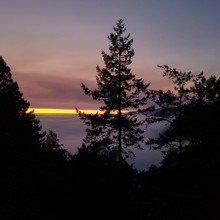 This untamed wilderness holds a special place in my heart.

As a child, my family and I would camp in Usal. My brother and I frequently ran up the switchbacks out of the southern Lost Coast trailhead. Years later, my very first backpacking trip was out of Usal. And three years ago I backpacked the whole thing from Mattole to Usal in a week.

It was at that time that I started dreaming of running the whole thing, from Mattole to Usal, in one day. But I never thought I would be physically fit enough to do it. Not to mention, at that time I had decided to take a break from running.

Fast forward to now. Just having gotten off the John Muir Trail and spending a lot of time in the mountains, I felt stronger than ever, so I decided to go for it.

The northern section flew by easily. I had no problems in the "impassable at high tide" sections and encountered zero wind. I was right on with my goal pace. The slog up the hot, windless road from Shelter Cove to the Hidden Valley trailhead was miserable, and slowed me considerably. I expected to make up for the time on the southern section through Sinkyone State Park.

In typical Lost Coast fashion, the trails south of Chemise mountain are unmaintained, washed out, extremely overgrown, and difficult to follow. This is the worst condition I have EVER seen these trails in. There was a lot of route finding and bushwhacking through stinging nettle, blackberry bushes, poison oak, pompous grass, ferns, and many other pokey plants. The ferns frequently hid branches and blackberry vines to trip on. Many times, I thought I accidentally started following game trails instead of the actual trail. It's a good thing I've backpacked this same route before and I'm familiar with the area as there are many opportunities to get lost.

I finished four hours later than I expected to. Overall, my body felt REALLY good the whole time, but the constant attacks from the stinging nettle and the blackberry bushes left my skin (mostly my shins and forearms) bloody and on fire. This is what killed my pace.

This effort was ROUGH, but it's a dream come true for me.