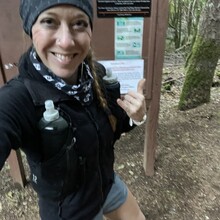 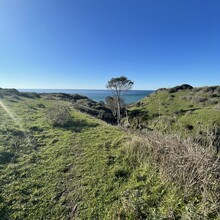 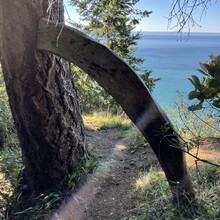 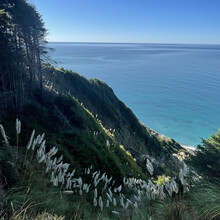 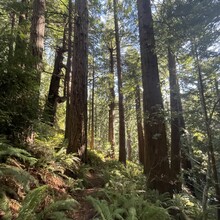 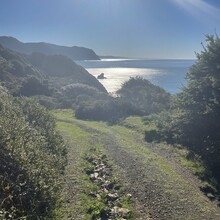 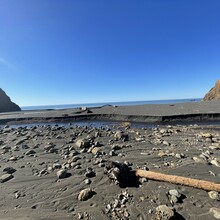 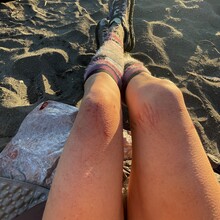 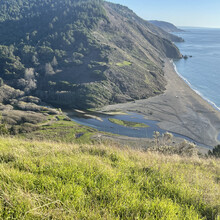 I completed the southern section of the LCT in it’s entirety; from the Hidden Valley trailhead south to Usal Beach. The previous listed FKT goes only as far as Needle Rock; the entire trail was open, so I went TH to TH. Of note: the “middle” section between the north and south sections is paved road between Black Sands Beach and Hidden Valley. It’s a sort of no-man’s-land in that those doing one section or the other generally don’t walk the road, and it’s most likely only to be included if doing the entire trail.

Recap: started around 8am. Was only familiar with the first 3 miles to Chemise Mountain. I was so completely unaware of how unmaintained, overgrown, and painful the trail was! There were two sections where the trail disappeared or petered off and bushwhacking/navigating in the general direction of where the trail should be was necessary. The poison oak, stinging nettles, and pampas grass were a doozey on my legs. The elevation changes were kind of nuts- very steep up, very steep down. Only a few short sections that were quite runable. The southern section, as I knew, rarely touches any sand and is 100% different from the northern section. It was miserable, painful, and not long after I finished I thought I’d for sure do it again.

I saw only two other people who had driven in to do work at one of the state park areas. I’ve also never run so much trail with narrow, soft shoulders- watch your step!

I was incorrect in my estimate of the total distance, by miles. This was a last minute trip, planning was nearly nil, which elevated the adventure, but my time goal went out the window and at times just forward movement was all I could do. That said, for such a rugged trail, I’m both pleased with the effort AND really excited to see the next person who does it! If only to share in the suffering :)

Such beauty out there, with high effort required.