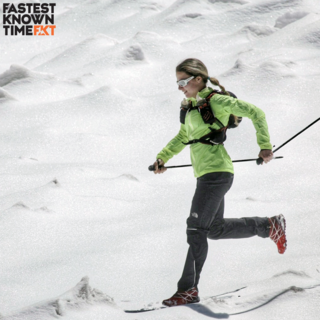 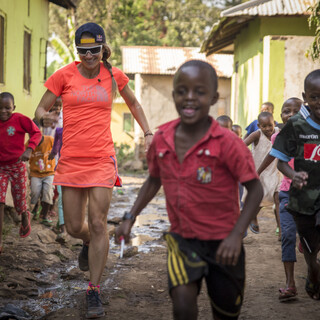 One of the best mountain runners in the world started as a Jiu Jitsu champion in Brazil.  Visiting New Zealand in 2006, she got involved with Kiwi adventure multi-sports, then ran a Half-Marathon in the mountains - in the exact same time as her previous best, set on a flat paved course.

"My family were fighters. Then I discovered mountains."

She's lived in Chamonix for the past 10 years, been on the podium at many UTWT events, set FKTs on some of the highest mountains, and likes to engage in community projects at each of those locations, a project she calls, "White Flow" (see her website):

"Running is an individual sport, so sometimes I can feel empty. I am racing, feeling good, but it's just me. So creating this project, I can share, I can share my feelings, because always I want to help more."

Fernanda really worked at the Aconcagua FKT, succeeding on her third try, then went back 19 days later for an even bigger effort, being the first woman to go to the top and back starting from the trailhead, instead of from basecamp.

"My family and my sponsors were saying, 'Don't go!'  But I was motivated, I was feeling good, I wanted to do it."

Would she like to set a good time on that big mountain seen outside her window in Chamonix?

"Yes, but conditions have to be perfect, because it's on a glacier. I want to come home!"