The route starts in Tlalpan, in the south of Mexico City, and mostly follows the Mexico City-Cuernavaca cycling path (Ciclovía Mexico-Morelos).

The entrance is at the Parque Lineal Ciclopista (right behind Carnitas El Puente). Note that the entrance might be locked shut until 8am. The route is most populated at the start, with a mix of walkers, joggers and cyclists on a concrete bike path. It hugs the sides of the mountainous San Andrés Totoltepec and San Miguel Ajusco until you get to the side of Parque Nacional El Tepozteco, eventually leading you down to Tepoztlán.

The first two thirds are mostly well maintained concrete, the last third is gravel (with the exception of the 3km leading you down into Tepoztlán).

The route is best done on busier weekends, and in a small group, or with support from a cyclist (note that a mountain bike will be required for the last third). It passes through beautiful mountain scenery, but also through some poorer villages and attacks have been reported against cyclists in the past. The most up-to-date information can be found from cycling groups in Mexico City.

The route doesn't have much of an ascend (only around 750 metres vertical gain over 63km). It starts at 2685 metres above sea level, gradually rises until a maximum altitude of 3020 metres and then gradually drops with the steepest descent at the end, finishing at 1715 metres. The "down" run (CDMX to Tepoz) is somewhat easier than the "up" run, the other way round.

There is public transport to the start of the run, but ride-sharing (via Uber or Didi) is reasonable from central Mexico City. There are public restrooms and places to eat and buy water along the way (take coins, as some of them charge 5 pesos to use the loo). Carry enough water and fuel between Tres Marias/Cuajomulco and San Juan Tlacotenco (above Tepoztlán) as there are no water points or tiendas on this stretch, only fields and ranches. Tepoztlán is a beautiful, friendly little town, with a bustling pedestrian street with all the food and drink you might need after the 63km run. Public transport is very affordable back to Mexico City, buses depart as often as every hour over the weekends. 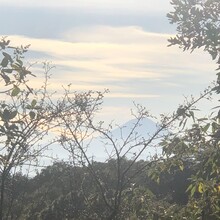 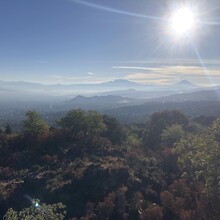 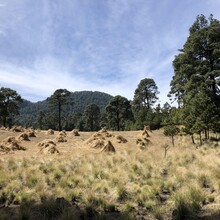 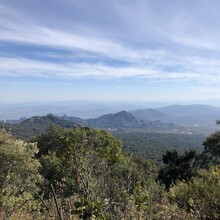 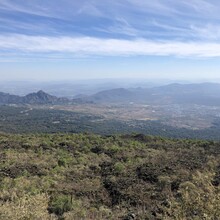 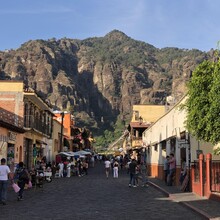