There are few things as thrilling as running 100 miles with +4,583m elevation gain past breathtaking countryside views, and now we know where to find the most thrilling stretch of tarmac possible. The N-222 road in the Douro region, that passes by Peso de Regua and Pinhao in Portugal has been awarded the prestigious honor of the "World's best road".

The highway has been named the best in the world for its location, cutting through the heart of the stunning Douro Valley and the spectacular views it provides of the wine region below. The road takes you along the River Douro and the picturesque regional wine towns of the UNESCO World Heritage Site.

The route starts in Barca D'Alva, less than 1 mile away from the Portuguese border with Spain, and connects with EN 222 on km 34. It will then cut through the countryside until it unites with the astonishing Douro River. The rest of the route will follow the river until the last 4 kms where it will start climbing around 350m to finish at Cinfães Town Hall. Cinfães is a beautiful picturesque city.

This is an incredible journey, an unforgettable experience. This is definitely one challenge that you will want to record with lots of photographs. The stretch offers frequently changing viewpoints. The Douro Valley is the home of Porto wine, and this region became the world's first wine region to have a formal demarcation. The Douro winemaking region was declared a World Heritage Site in 2001, by UNESCO.

This route is the best, most scenic part of the N-222, and the part that is safest for runners.  The route can be run in either direction. 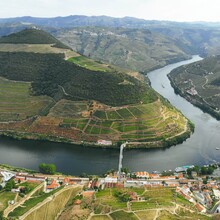 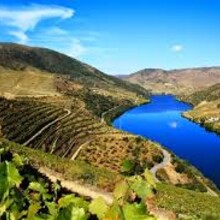 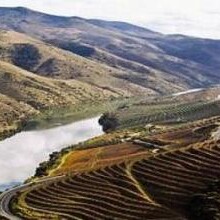 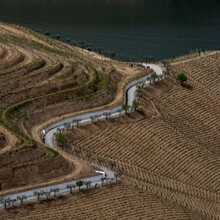 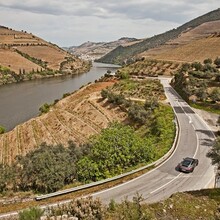 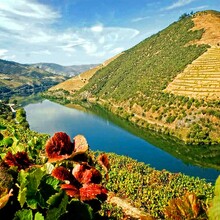