The Hong Kong Trail, opened in 1985, is a long-distance footpath from Victoria Peak to Big Wave Bay on Hong Kong Island. It is a 50-kilometer walking route which passes through the five country parks on Hong Kong island. The trail is extremely popular with local residents for its unique combination of well-marked paths (with reassuring trail markers every half-kilometer) through verdant woods that offer relief from the sun on sunny days, and featuring numerous streams and waterfalls. The trail offers a wide variety of terrain -- it can be steep at some parts, flat at others, with both gradual ascents and descents.

The trail takes a very indirect route; termination points Victoria Peak and Big Wave Bay are less than 11km apart. Because the trail is composed of eight sections, much shorter runs or hikes are possible. The popular running path on Bowen Road connects to both Sections 3 and 4 via the steep ascent up the Wan Chai Gap Trail. In 2013, Hong Kong Trail was awarded the 10th best city hiking trail in the world by Lonely Planet.

The Hong Kong Trail is run every year as a group event organized by Green Power.  Some fast supported times have been set, as listed here: 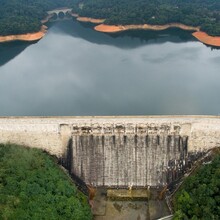 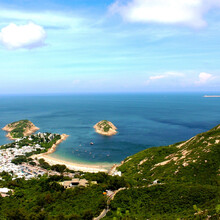 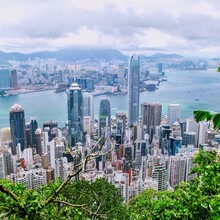 I am going to attempt an Unsupported FKT on the Hong Kong Trail (West -> East). The fastest self supported time I have seen is 4hrs 27