The 30 mile (48km) circular route follows the perimeter of the Imber Firing Range Danger Area, a military training firing range on Salisbury Plain mainly following the escarpment above Westbury White Horse and passing several Iron Age hill forts. Other points of interest include Gore Cross (the robber's stone), and Imber village which can be seen at the halfway point.

Imber is an uninhabited village situated in an isolated area of the Plain, 4 km west of the A360 between Tilshead and West Lavington. The entire civilian population was evicted in 1943 to provide an exercise area for American troops preparing for the invasion of Europe during the Second World War. After the war, villagers were never allowed to return to their homes and the village has remained under the control of the MOD since. Non-military access is allowed several time a year (usually Christmas and Easter, and a church service in September). Open dates are listed here – http://www.imberchurch.org.uk/events.html

The route is marked with waymarkers following mostly defined gravel tracks and paths. However, there are certain sections where the route is not entirely clear so a GPX is advised. Thee are additional concrete MOD roads that are not shown on OS Explorer maps, so take care to ensure that you are on the designated route. This GPX loop starts from the ridge above the Westbury White Horse A and runs anticlockwise, for no particular reason except that I have always ran this anti-clockwise.

MOD description of the route is listed here, worth checking for route closures or diversions

A bit about the area…

Salisbury Plain Army Training Estate (ATE SP) is one of the most well known areas of MOD land. The British Army has been connected with Salisbury Plain since 1897 and the total area of the current estate is just over 38,000 hectares. It is 25 miles by 10 miles (40km by 16km) and occupies about one ninth of the area of Wiltshire. Approximately 12,150 hectares of the land is used for live firing and as impact areas. Public access is permanently restricted in certain areas for safety reasons. This includes the Imber Live Firing Area which is closed permanently.

ATE SP covers an archaeological landscape which is of unparalleled importance in Northern Europe. On the whole of ATE SP, there are some 2,300 ancient monuments including features dating back to 4000 BC, with more recent Roman settlements. Salisbury Plain has one of the densest concentrations of long and round barrows in Britain. 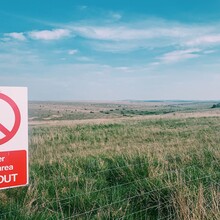 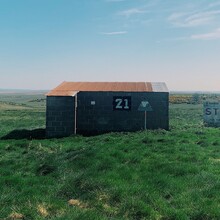 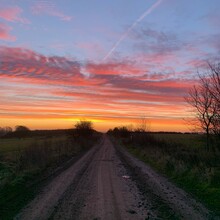 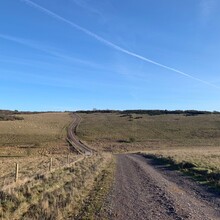