Mount Dana and Mount Gibbs are two extinct volcanoes that lie right on the eastern boundary of Yosemite National Park. Mount Dana is the second tallest peak in Yosemite standing at 13,061 ft. with Mount Gibbs, at 12,779 ft., as the sixth. Together, covered in red, metamorphic scree, they stand out among all the other white, granite peaks in the high country of Yosemite.

The designated trail to Mount Dana starts just outside of the Tioga Pass entrance to Yosemite and starts gaining elevation almost immediately. After the straight-forward trail to the summit of Dana, begin descending down the back side of the peak on talus/scree field until you reach the plateau below. Follow the plateau up along the obvious ridge, which involves some fun 3rd class scrambling, all the way to the summit of Mount Gibbs. After you're done taking in the stunning view of the high sierras and Mono Lake, take the north-west ridge of Mount Gibbs down some more scree and into a forest where you'll reconnect with the Mono Pass Trail. Follow the trail back to the Mono Pass trailhead.

This has become one of my favorite routes in Yosemite as Mount Dana and Mount Gibbs are so strikingly beautiful and different compared to the rest of the park. There are very few people on the trail to Mount Dana and practically no one on the way to Gibbs. Though there is a designated trail for only 2.5 miles up to the summit of Dana, the off-trail travel is pretty environmentally-friendly given that you're traveling on either scree or duff until you connect with the Mono Pass Trail. Enjoy the solitude, views, and, if you're lucky, a Sierra Nevada Bighorn Sheep sighting on this peak link-up.

You can also do just Mt Dana out & back from the TH, 5.2 mi with 3090 ft of elevation gain.  This route has a Strava segments, and Strava times should be considered when claiming an FKT.  https://www.strava.com/segments/15996413 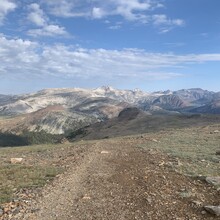 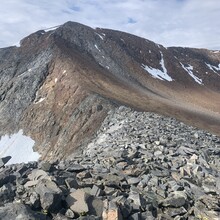 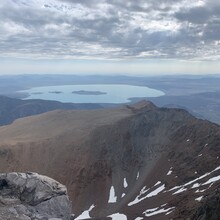 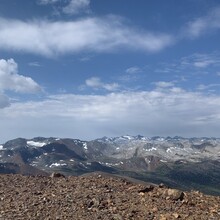 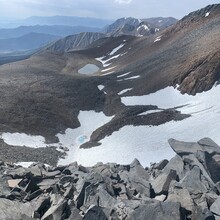 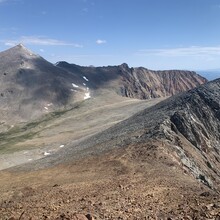