SUBMITTER:
Pikes Peak summit via Barr Trail is one of the most popular trails in Pike National Forest. This trail starts at the Barr Trail parking lot off of Hydro Street. The trail begins with steep elevation gain immediately and continues for roughly 12 miles.  There were only a few spots in the middle section near mile 5 that were flat or slightly downhill.  After you get above the treeline near 12,000 feet of elevation the terrain turns much more rocky but also scenic as you can see all of the nearby mountain ranges at that point.  As commonly known if you do any research, the last mile is easily the toughest as you are above 13,000 feet of elevation and the most 'climbing' of the route comes in this section as you do the 16 golden stairs section here at the end and are required to do a lot of step ups.  Once you get to the top you can choose to hike/run back down, take the train down if you booked a return trip or have a friend meet you at the top via the road and catch a ride back down.

EDITOR:
The Barr Trail is one of the most renowned 'bottom-to-top' mountain trails in the world.  This is the course for the renowned Pikes Peak Ascent and Marathon; begun in 1956 this is the oldest continuously run marathon and has allowed women all along.  Exhaustive course descriptions and records are on the website.  The race started at the Cog Railway Station until 1976 when it was moved down to Manitou Springs City Hall, to allow runners to thin out before reaching the Barr Trail single-track, and to make it a full marathon distance.  Both the PPA and PPM have been part of the Skyrunning World Series, an international circuit of the best mountain runners in the world, and the Marathon has twice been the venue for World Long Distance Mountain Running Championship.  Matt Carpenters Marathon course record of 3:16:39 from 1993 is one of the best endurance records in any sport, ever.

IMPORTANT FKT INFO:
A time set during a race is still the FKT for that course, and since races keep track of their times, we generally do not.  However, due to the outstanding nature of the Barr Trail, and because the races start down the road in town, we will track Unsupported (only) efforts on this route (all races are automatically considered Supported).  See Guidelines for definitions. The FKT Route starts at the designated parking lot just up from the Cog Railway Station, and finishes at the cog railway tracks.

The ascent has a specific Strava segment for this FKT.  Other segments may exist, but may not pick up the entire route:  https://www.strava.com/segments/29513153  Note that the race route is different at the start, and so this segment does not pick up race times.  You have to beat the Strava times to get the FKT! 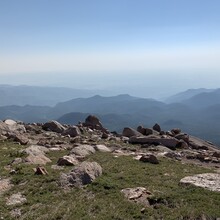 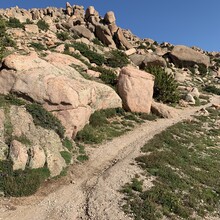 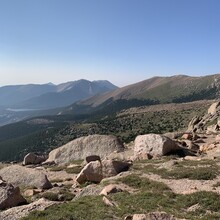 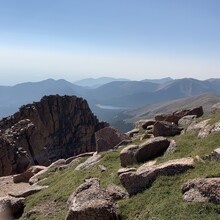 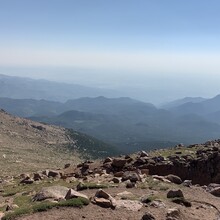 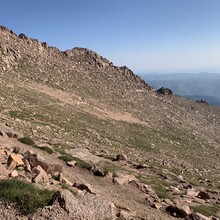