"Prenj's 11" is a loop traversing all Prenj's peaks higher than 2000 m. It was long considered impossible to climb all 11 of them in one day so it's quite an undertaking. It's not the length that makes it hard as it's really not that long. It's not even the vertical gain that creates problems, which is massive considering the length. It's the terrain that is brutal together with the fact that most of the route is unmarked and off trails what makes it challenging.

Prenj is considered a pearl of the Bosnian and Herzegovina's mountains. Often regarded as the Herzegovina's Alps. It's incomprehensible that the area was not declared a national park with highest conservation laws. Limestone spikes that rise from the karst landscape create an unforgiving but an unique experience for everyone having the privilege to walk among these peaks.

The route shown is not definite as one can choose it's own way. As long as all 11 peaks are climbed and the loop is closed the FKT attempt is acceptable. There is no specific order in which the peaks have to be climbed or the right direction. Start and finish can also be anywhere on the loop. Usually starting point is a mountain hut Vrutak, mountain hut Jezerce, or Tisovica valley but any other is fine as well.

The Peaks (in no particular order) that have to be climbed are:

WARNING! Prenj has been a front line during the Bosnian war in the nineties. There are areas on Prenj that still have leftover landmines. Everybody trying to complete this loop has to do so under it's own responsibility. It's highly recommended to study the known landmine maps from "BHMAC" (http://www.euforbih.org/eufor/index.php/bih-minefield-maps) and ask for advice from the locals as not all mine fields have been identified.

Finishing this loop is an achievement regardless of the time needed. In less than 50 km of this unique experience one creates memories that will last a lifetime. The mountain was best described by the famous Croatian poet Vladimir Nazor who wrote in the 20th century "It is blooded when the sun sets through the fog. In the autumn it is yellow as the bile. Ferocious when it speaks. Frightening when it's silent. Prenj is not a mountain, it's a house of the giants". 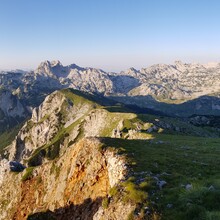 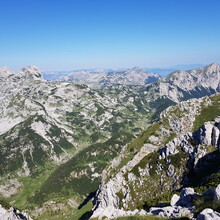 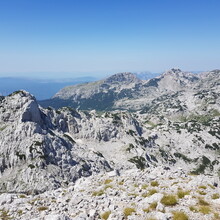 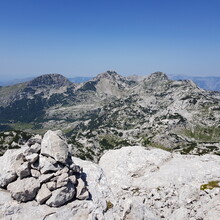 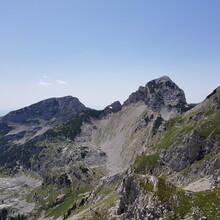 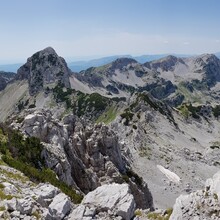 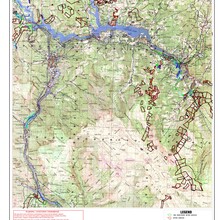