East off the main road going through Varzob the route starts from the end of the vehicle track, the beginning of the "7 Bridges" trail the route follows the valley floor along the Objusk River to it's end and then up to the top of the Kumkayakutal Pass (2617m).  Descending the Eastern side of the pass the route heads south along the Simiganj River down to the village of Dara, North of Vahdat.

The "7 Bridges" trail is a very popular route just 40 minutes north of Dushanbe, the capital of Tajikistan.  In reality the trail extends far further than most walk - totalling 16 of more bridges as the path zig-zags the river.  This route connects the W-E valley with the S-N valley near Vahdat.

The route extends from road-end to road-end, passes multiple homesteads, shepherd dwellings and subsistence farmers living "off-grid" in the two valleys.  The valleys are quite different from one another - Objusk being tree-filled, narrower and shady and Simiganj being wider, more suited to pastures and with fewer trees.

The relatively gentle elevation gain and loss - apart from in the immediate proximity of the pass - makes this an ideal route for those wishing to move at pace.  The trail is almost always easily discernible, but the network of valleys, spur-valleys and dead-ends (especially along Objusk) makes getting lost or taking a wrong turn eminently possible!

This FKT can be run in either direction (which ever is fastest!) 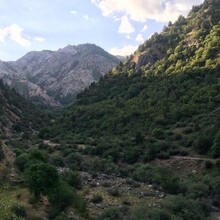 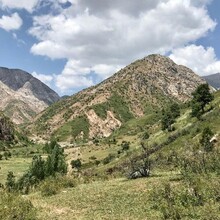 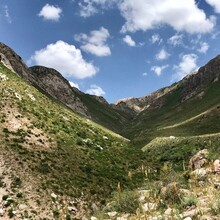 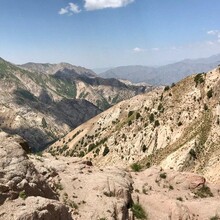 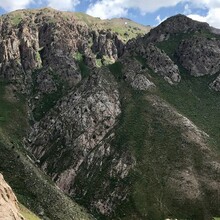