The Mulsori-gil, which translates as "Water Sound Trail", is a six-section trail that follows a number of scenic waterways and conveniently passes by six stations at the end of the Gyeongui-Jungang subway line. The trail meanders more than halfway across Yangpyeong-gun, a predominantly rural county located about 45km east of Seoul. The trail began with Course 1 in 2013 and was expanded to its current length in 2017.

Significantly, the Mulsori-gil was developed by the Jeju Olle Corporation -- the organization behind the most popular and celebrated trekking course in the country, the Olle-gil of Jeju Island. A free passport for the Mulsori-gil can be ordered in advance by calling (82)(31) 770-1003, or by visiting the Mulsori-gil Center (물소리길센터), near Asin Station (아신역). Along each section are two stamp booths. Upon collecting all the stamps, trekkers or runners can send in their passport to receive a certificate and medal.

The signage along the way is decent. If one doesn't see any ribbons or signposts after 100m or so, it's almost certain that one has gone off-track and needs to double-back. Most of the people who use the trail are hikers, though it's also suitable for runners with its combination of road and dirt surfaces. Some parts of Course 2, which follows a decommissioned train track, are continguous with bicycle lanes, so runners and walkers should stay to the side of the path. Although the sections can be done from west to east (that is, from Course 6 to Course 1), it may be best to do them from east to west (from Course 1 to Course 6) as the signage is a bit easier to follow in that order. There are plenty of convenience stores, restaurants, restrooms, and other amenities along the way. The course are 1.) 문화유적길 (Culture & Remains Trail), 2.) 터널이 있는 기찻길 (Train Track with Tunnels Trail), 3.) 강변 이야기길 (Riverside Story Trail), 4.) 버드나무 나루께길 (Cherry Trees around the Ferry Port Trail), 5.) 흑천길 (Heukcheon Stream Trail), 6.) 용문산 은행나무길 (Mt. Yongmun Gingko Tree Trail). 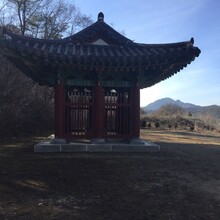 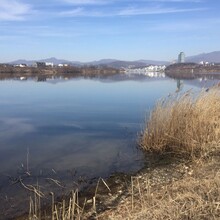 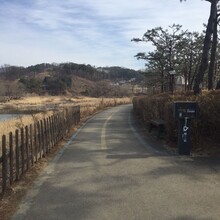 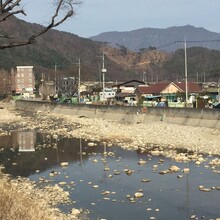 Although the sections can be done from east to west (that is, from Course 6 to Course 1), it may be best to do them from west to east (from Course 1 to Course 6) as the signage is a bit easier to follow in that order.