Raphael Kinney submitted this 58km route, covering the main part of Yonge Street between Lake Ontario and Lake Simcoe.  Another section (not continuous) connects Bradford with Barrie.  One of the challenges of an urban street run like this is dealing with traffic & the many street crossings.

"This FKT route follows the baseline of Yonge Street that heads directly North-South from the dead end outside of Silver Lakes Golf & Country Club in East Gwillimbury, ON to the shore of Lake Ontario. This route does not include the baseline segment in The Holland Marsh as it is cut off from the rest of the baseline.

In this blog post he investigates Yonge Street through a lens I think suits an FKT route of this historic street. As stated by himself, "To me, a street cannot take a right-hand turn at an intersection and still be called the same street. A street cannot break and resume several miles to the west. However, since Yonge Street was a lot shorter than originally advertised, I realized that it was possible to drive its length in a few hours. While not the longest street in the world, Yonge Street runs unbroken for at least 56 kilometres."

Which falls into the route I have attached above.

Suggestion for the route is to run it North to South as there is a fair bit more descent."

Yonge Street (/jʌŋ/; "young") is a major arterial route connecting the shores of Lake Ontario in Toronto to Lake Simcoe, a gateway to the Upper Great Lakes. Until 1999, the Guinness Book of World Records repeated the popular misconception it was 1,896 km (1,178 mi)[4] long, and thus the longest street in the world; this was due to a conflation of Yonge Street with the rest of Ontario's Highway 11. Yonge Street (including the Bradford-to-Barrie extension) is actually 86 kilometres long.[2] The construction of Yonge Street is designated an Event of National Historic Significance in Canada.[5] Yonge Street was fundamental in the original planning and settlement of western Upper Canada in the 1790s, forming the basis of the concession roads in Ontario today. Once the southernmost leg of Highway 11, linking the capital with northern Ontario, Yonge Street has been referred to as "Main Street Ontario". Today, no section of Yonge Street is a provincial highway.

The street was named by Ontario's first colonial administrator, John Graves Simcoe, for his friend Sir George Yonge, an expert on ancient Roman roads. Yonge Street is a commercial main thoroughfare rather than a ceremonial one, with landmarks such as the Eaton Centre, Yonge-Dundas Square and the Hockey Hall of Fame along its length—and lends its name to the Downtown Yongeshopping and entertainment district. 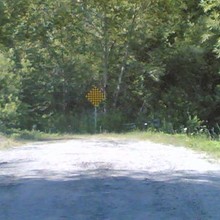 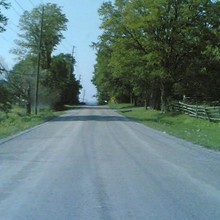 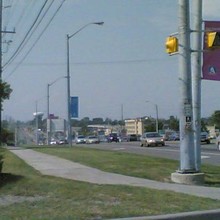 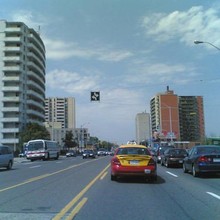 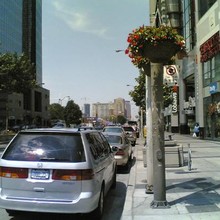 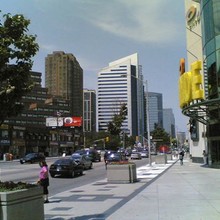 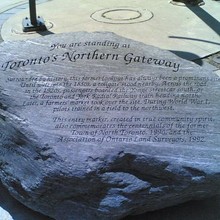 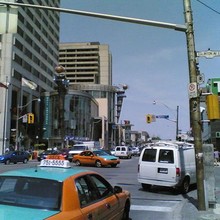 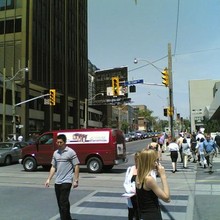 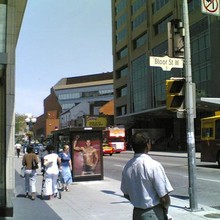 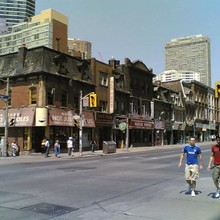 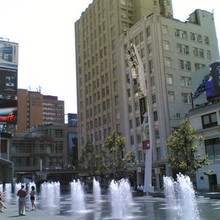 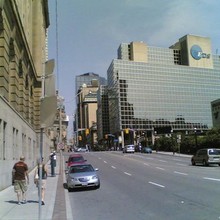 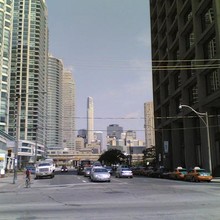