Eagle Cap is the centerpiece of the largest Wilderness Area in Oregon.  It’s striking rocky summit is well known, and a popular hiking destination within the Wallowa Mountains.  Eagle Cap is the 13th highest peak in Oregon at 9,572 feet, and the highest point in Union County.  Although it’s not the highest or most prominent peak within the region, it can be seen from many different valleys and peaks, making it a recognizable landmark.  From the summit you can view many other of the 9,000 foot peaks in the Wallowa’s, and the eight valleys that radiate from the mountain, including the beautiful Lake Basin.

A number of hiking trails lead toward Eagle Cap, and provide some of the finest backcountry wilderness areas in the state.  The shortest and most direct approach to Eagle Cap is along the East Lostine River Trail.  The trail begins at the Two Pan Trailhead at the end of a long gravel road.  The roundtrip hike to the summit of Eagle Cap and back is roughly 20 miles, and gains about 4,200 feet of elevation.  Although it can be done in a day, many choose to make this an overnight backpacking trip.

The Lostine River flows through this glacial carved valley, with beautiful open meadows and stands of lodgepole pine, spruce, and fir.  The headwaters of the river are at Minam Lake, at an elevation of 7,400 feet.  It flows 31 miles to it confluence with the Wallowa River.  In 1988, the upper 16 miles of the river were listed as Wild & Scenic.  Efforts by the Nez Perce, and others have been successfully working to restore the fish runs on this river that were almost entirely gone due to local irrigation.

The Eagle Cap Wilderness is characterized by high alpine lakes and meadows, and bare granite peaks and ridges, and U-shaped glacial valleys.  The wilderness and surrounding country in the Wallowa-Whitman National Forest were first occupied by the ancestors of the Nez Perce Indian Tribe around 1400 A.D., and later by the Cayuse, the Shoshone, and Bannocks.  The wilderness was used as hunting grounds for bighorn sheep and deer, and to gather berries. 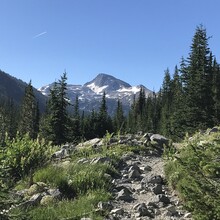 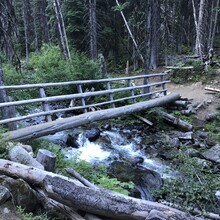 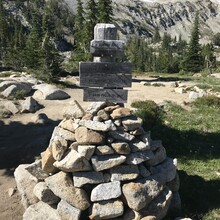 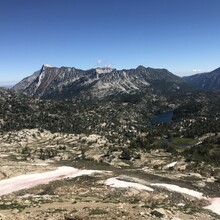 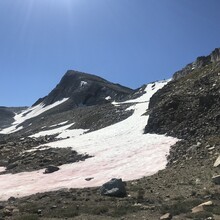 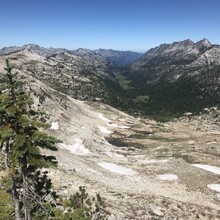