The Derwent Valley Heritage Way starts at Hetherdene Car park near Ladybower reservoir in the Peak District and winds its way from there to Shardlow some 53 (ish) miles away in South Derbyshire.

The trail follows the river Derwent closely for the majority of its route passing through a number of picturesque Peak District and Derbyshire towns while also taking in a number of historically significant locations. A mix of hard-pack trail and riverside trails make this a real variety of terrain (this is the case for the majority of this route until you get to the centre of Derby itself) with an undulating profile it has a little bit of everything.

The route starts at Hetherdene Car park, near to Derwent Reservoir where 617 squadron practiced their famous Dambusters training (which conveniently has a full, spacious toilet block for changing along with fresh drinking water - especially useful if heading South to North and finishing here). From there it heads South towards Hathersage where it skirts the edge of the town. A short while later you pass through Grindleford with (on a good day) fantastic views of Froggatt Edge before passing Calver and Calver Edge a short while later.

12 miles into the route and you pass through the village of Baslow which represents a great opportunity to restock on supplies as the route passes within a few metres of a local Co-op convenience store. The next 10 miles or so will take you through the Cavendish estate providing fantastic views of Chatsworth House and its surrounding areas (location of multiple films including Pride and Prejudice and The Duchess).

You then arrive in the market town of Matlock, which can be busy on a nice day, as you make your way through Hall Leys park before the quick ascent/descent of the War Memorial. From there you progress via Pic Tor, High Tor and Giddy Edge (a short climb with great views of Riber Castle, Matlock and Matlock Bath on a clear day). A quick descent drops you into Matlock Bath after passing under the cable cars to the Heights of Abraham.

Matlock Bath is the closest you will get to a typical coastal town in the UK but equally as far from the sea as it is pretty much possible to be so do not be surprised to see arcades, chip shops along with huge amounts of bikers on a good. A hungry runner could easily stop for fish and chips here but I would suggest moving through Matlock Bath to either Cromford Mill or High Peak Junction for the next water and fuel stop. This represents the half-way point so ideal for a quick break if needed as there are public toilets there as well. During this short section you will pass by a number of historical mills that represent the birth of the industrial revolution with much of Sir Richard Arkwrights influence still visible in Masson Mills and Cromford Mills which now house a number of shops and cafes.

The next few miles are spent following the Cromford canal which was used to connect the mills in the area with the city of Derby making for easy running in the main. The next major landmark is the town of Belper where you pass by Strutts Mill before working your way through the old town centre. This can be tricky navigationally as the route tends to be well sign-posted in the rural areas but less so in the towns themselves. Another opportunity to refuel if required as you pass by a number of shops.

The next section from Belper to Little Eaton is an undulating roll across the English countryside - however, there are a couple of sections here that are not well sign-posted so navigational errors are easy to make (as can be seen by my GPX plot!). The route works its way through narrow paths, via the village of Makeney before arriving in Little Eaton. Again there is a local Co-op store here for a re-supply and with this being around the 40 mile point this could represent an ideal time for a final re-supply before the push to the end.

From Little Eaton you make your way under the Derby ring-road before heading through the picturesque Darley Abbey Park and then, via the riverside walk, bypassing the edge of Derby City Centre. From there it is an easy 5.5 ish miles following the riverside path heading towards Borrowash. Upon reaching the end of the main cycle path at Borrowash it is an easy cross-country mile into the hamlet of Ambaston before the final section from there into Shardlow, an 18th Century Inland Port. The final little push see's you drop onto the Trent and Mersey canal for the final mile or so to finish at the mouth of the River Derwent as it enters the River Trent.

This momentous moment will be marked by... absolutely nothing. No signage to say you have completed the journey are present at all. So other than a sense of satisfaction and knowing that there are at least 2 pubs that you passed in the last mile or so that should be open to help you celebrate it is all down to you.

It is a great route to complete, easy to follow in the main, plenty of "bail out" points as there are train stations in most of the towns that link directly to Derby along with multiple bus routes. I ran it in October and if I had headed out a month earlier I would have been at least 90 minutes quicker as it was a mud-fest in places. It can be recce'd easily but not really crucial unless really going for it.

If accepted I cannot imagine this time lasting long at all so I'll call this the First Known Time for now...

All the best if you give it a go. 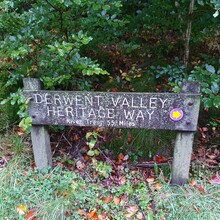 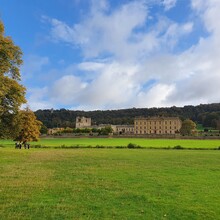 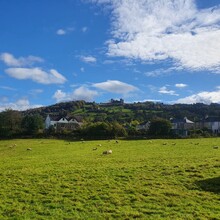 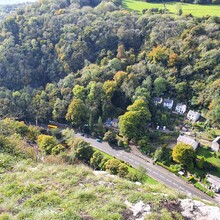 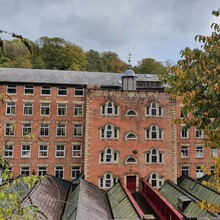 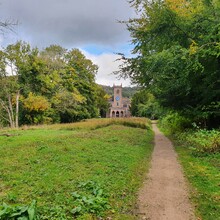 Looking to have a crack at this next weekend(24th/25th) all being well (Supported).