The Kalmiopsis Wilderness is over 180,000 acres of federally protected USFS land in the far Southwest corner of Oregon. This is a land that has seen many major wildfires over the past two decades. Much of the terrain that the Leach Memorial Loop covers shows major evidence of this history. There are stands of ghost trees waiting to fall, and large swaths of terrain which burned so hot that all evidence of old growth coast forest is completely gone. The stands of old growth that do remain tell the story of the way things used to be.

The Leach Loop showcases the full spectrum of what the the Kalmiopsis Wilderness has to offer. It begins at the Babyfoot Lake TH about 1 hour drive from Cave Junction Oregon and ideally runs counterclockwise though either direction would be reasonable and could be considered for the same FKT in my view. The route stays up high on the ridgelines for the first 4 miles before it plunges down into the Chetco River Drainage. The Chetco's pristine headwaters are entirely encompassed within the wilderness boundary. This river is one of the wildest, most remote and beautiful watercourses in the Western US. The Leach Memorial Loop follows the Chetco from mile 9-16, crossing the river once. From mile 16 the route climbs back to a high ridge top on the Western side of the wilderness. the route maintains these ridgelines rolling along divide with views nearly the entire time from mile 22 to the finish nearly 30 miles later. On the Western edge of the route on a clear day you get a stunning view of the Pacific Coastline.

Water access along the final 30 miles of this route is not plentiful, but it is available, bring maps and plan ahead for how much water you will need. The Kalmiopsis can be very hot in the middle of summer. This route is best run during the spring or fall. Snow will linger along the ridgelines until early May most years.

These are primitive trails. Due to their remote nature and how quickly brush regrows here not all sections of this route are ever in perfectly maintained condition. Trail that is fully brushed by trail crews can become brushy again in only a few years time. All of this route is on designated USFS trails except for about 1 mile cross counry travel between Vulcan Lake and the summit of Vulcan Peak. The off trail section is not technical and does not have significant exposure.

10+ years ago The Leach Memorial Loop had been all but lost to brush, downed logs and degraded tread. Around 2010 a non profit called the Siskiyou Mountain Club formed with the principle mission of restoring the trails that lie within the Kalmiopsis Wilderness. It was a massive undertaking, one that is ongoing today. Without the Siskiyou Mountain Club this loop and many other trails in the Siskiyou region would be impassible and likely may never have returned. The Leach Memorial Loop is the centerpiece of backwoods trails restoration for the club.

I (Ryan Ghelfi) ran this loop on May 28, 2021 in 12 hours 44 minutes. Strava file here. It's the first (and hopefully not the last) known time on this route, that in my opinion can and should become a classic regional test piece for trail/ultra runners looking for next level solitude and remoteness on some of the tougher trails around. This is NOT the PCT! There are not yet any trip reports for this loop online as it's only been a handful of years since it has been passable in the modern era. I plan to write one myself and will add it to this posting when it's done. 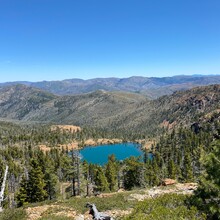 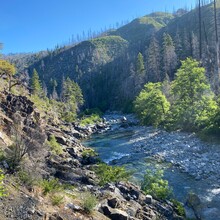 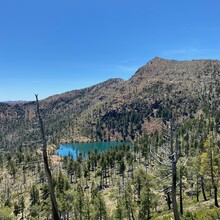 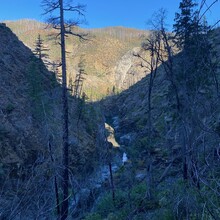 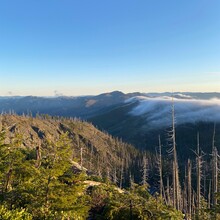 I intend to try to complete this loop tomorrow. Weather has been a bit weird this time of year, but time to see how it goes....