The Matterhorn stands nestled in the jagged peaks of the Sawtooth Mountain range outside of Bridgeport. From afar its triangular symmetry and steep granite arete catches the eye and, ultimately, the imagination...

In September of 1954, Jerry Gallwas, Wally Kodis, and Don Wilson climbed The Matterhorn's North Arete 5.7. This is only two years after Wilson and Royal Robbins invented the Yosemite Decimal System.

While the climbing on the North Arete is not the greatest in the High Sierra, the beautiful approach, the sweeping views, and fantastical aesthetic of the peak makes for an excellent alpine adventure!

The first bridge upon starting down the trail seemed like a natural start to the route. From there ascend the trail until it suits your fancy to head cross country to the peak. I would like to leave navigational creativity open to the adventurer. As long as one begins at the bridge, climbs the North Arete, summits the peak, and finishes again at the bridge, the rest is fair game!

Get after it! And don't forget to enjoy the views along the way! 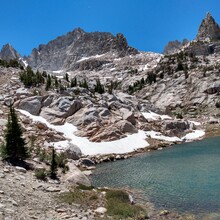 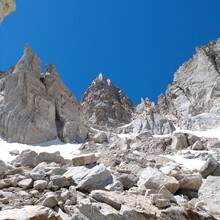 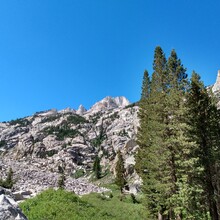