The Park City Skyline Traverse (PCST) is a ridge linkup that covers all the major peaks visible on the skyline from Deer Valley to Murdock Peak. The PCST takes you on the prominent ridgeline between Park City and Big Cottonwood, straddling the Summit and Wasatch County lines for the first half, then between Park City and Millcreek Canyons. It is a gratifying ridgeline run and a must do route for the avid mountain runner.

To complete this route, start at Snow Park at Deer Valley and head up to Bald Mountain for your first summit. From Bald Mountain, head SW to the next hill, then head towards Flagstaff Mountain, and tag that summit. Follow the combination of ridge and trails until Jupiter Peak, then go to the top of Jupiter Lift, then Scott’s Hill. Stay on the ridge until you hit the summits of Silver Peak and Desolation Peak and then stay on the ridge over Squaretop until Murdock Peak. From Murdock Peak, retrace your steps back down the ridge until the saddle where you will descend the steep, forested slope until you link up to the trail in Lambs Canyon, then descend the road until you hit I-80. The route is a combination of prominent trails, game trails, rocky ridge walking, with a bit of bush whacking thrown in for good measure.

When you're back in Park City, look up at the mountains with the satisfaction of having visited all of the major summits in the range in a day. 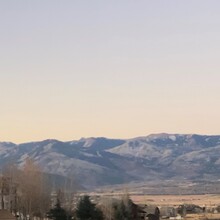 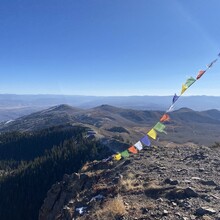 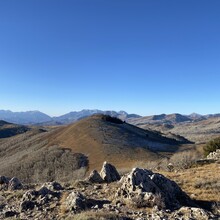 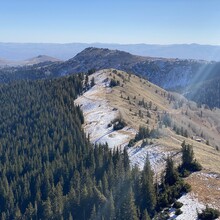 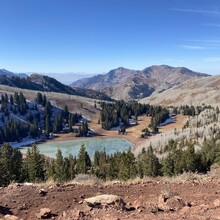 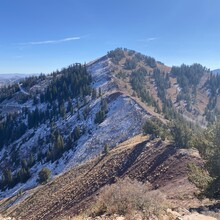